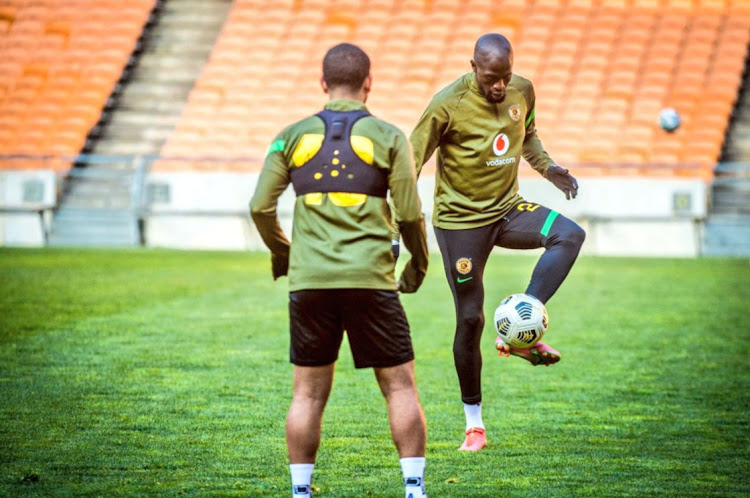 Defender Sfiso Hlanti, 31, is one of the older players signed by Kaizer Chiefs.
Image: Supplied

That the bulk of Kaizer Chiefs’ new recruits are no longer youngsters has already set tongues wagging, with many highlighting the newcomers are not a long-term solution to Amakhosi’s woes.

While the 32-year-old holding midfielder Cole Alexander is the oldest among the nine new arrivals at Naturena, left-back Sibusiso Mabiliso, 22, is the youngest. Alexander is meant to replace 35-year-old Willard Katsande, who has since left the club after his contract was not renewed.

The latest signings would be hoping to help Chiefs end their five-year trophy drought in the 2021/22 term. However, some feel the majority of these newcomers do not represent the future, given their ages.

Again, it can be argued that winning trophies now is more important than to worry about future repercussion of having an ageing playing personnel. As things stand, the average age of Chiefs' squad  is 27.

Chiefs have, in the past three seasons, managed to promote some promising youngsters from their development and signing older players may be in line with trusting their youth structures that they would help them refresh the club in the near-future.

Erstwhile Amakhosi striker Shane McGregor also thinks the desire to bring back the glory days may be the reason the club opted to recruit older players. The retired striker, who played for Chiefs between 1987 and 1994, trusts the youth structures will aid in refreshing the squad as well.

“The club is actually looking to win trophies as soon as possible, so that’s why they have brought in players who are older. Obviously the academy has been feeding the first team with great players in the past few seasons, so they shouldn’t struggle in the future,’’ McGregor told Sowetan yesterday.

McGregor also praised the Chiefs bosses for the job they have done in the current transfer window. However,  the 57-year-old former striker warned the fans that the new signings would still need time to adjust and gel together before they deliver.

“There’s been that talk that  the management doesn’t do their job properly in the transfer market and I feel they’ve done well this time around. However, the fans must know that the results may not come quick because these players must gel together and know each other very well first,’’ said McGregor.

Chiefs' new signings and their ages

Late replacement Kaizer Chiefs new goalkeeper Brandon Petersen made a resounding introduction to the myriads of the club’s fans when he helped the ...
Sport
1 year ago

Kaizer Chiefs have unveiled their new jersey ahead of the coming domestic premiership season.
Sport
1 year ago

Percy Tau scored a trademark stunning first goal for Brighton & Hove Albion in their 3-1 pre-season friendly against Luton Town at Kenilworth Road on ...
Sport
1 year ago

Orlando Pirates’ midfield stalwart Ben Motshwari has said new assistant-coach Mandla Ncikazi is a father figure whose presence in the Bucs camp has ...
Sport
1 year ago
Next Article