Why overage keepers are preferred at the Games 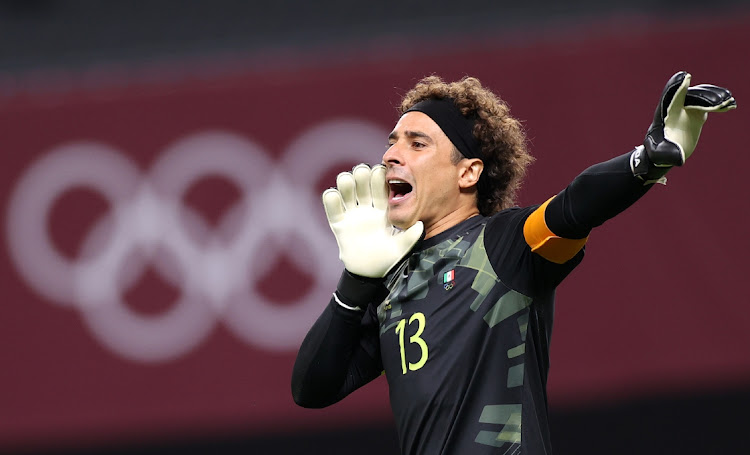 Guillermo Ochoa #13 of Team Mexico reacts during the Men's First Round Group A match between South Africa and Mexico on day five of the Tokyo 2020 Olympic Games at Sapporo Dome on July 28, 2021 in Sapporo, Hokkaido, Japan.
Image: Masashi Hara

Five of the 16 men’s football teams at the ongoing Olympics in Tokyo opted to draft overage goalkeepers into their squads.

SA went with 29-year-old SuperSport United's Ronwen Williams, who started all of Mzansi’s Group A games against hosts Japan, France and Mexico.

Mexico went with Guillermo Ochoa, 36, who kept at cleansheet in their win over SA yesterday.

The 32-year-old El Shenawy, who’s in the books of giants Al Ahly, also captained his nation in their  three games.

SA-based veteran goalkeeper trainer Alejandro Heredia has given his insight into the trend of opting for overage shot-stoppers at the Games. The Argentinean, who previously served as a keeper coach at Bafana Bafana, is an advocate of experienced keepers at the Olympics.

“Look, goalkeeping is a very sensitive position. For me you must only take young goalkeeper to the tournaments like Olympics only if he’s extremely talented. It’s very important to have an experienced keeper at bigger tournament,’’ Heredia told Sowetan yesterday.

Heredia suggested SA had no choice but to select Williams, pointing out that upcoming keepers in the country lack necessary experience to compete on international stage.

“In our [SA’s] scenarios, younger keepers are not on the same level as Ronwen. Ronwen is 29 but he played his first game in the top-flight when he was 18…he’s more than a decade of experience,’’ said Heredia.

“If you look at our second goalkeeper Mondli Mpoto, he has never played regularly in the PSL. So it’s hard to use him at the Olympics. We haven’t got a completely talented young keeper who plays regularly at club level. We have Ricardo Goss but he’s not experienced.

“Even in Argentina, I speak to the federation there, they have young keepers but they went for experience because this position is important, especially at tournaments like Olympics.”

Out-of-sorts U-23 side exit Games with another loss

Once again, the SA U-23 football team failed to progress from the group stages of the Olympics at the third attempt.
Sport
4 months ago

Following Kaizer Chiefs' capture of 28-year-old Thabani Dube, who’s never played in the top-flight before, Sihle Ndebele looks at some of the late ...
Sport
4 months ago

Winning four titles, making 326 appearances, and playing in the CAF Champions League final, all with Kaizer Chiefs, is what Willard Katsande will ...
Sport
4 months ago

Orlando Pirates coach Josef Zinnbauer has insinuated he played a role in the recruitment of new assistant coach Mandla Ncikazi.
Sport
4 months ago
Next Article