Out-of-sorts U-23 side exit Games with another loss 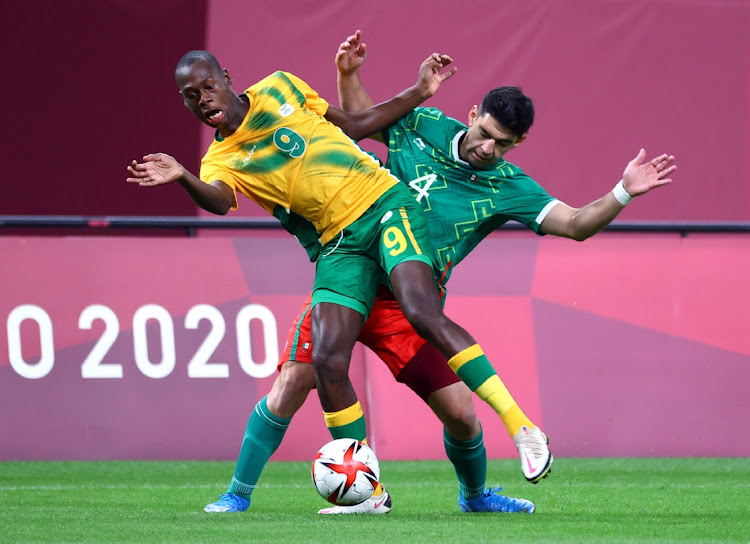 Once again, the SA U-23 football team failed to progress from the group stages of the Olympics at the third attempt.

Yesterday, David Notoane’s men were eliminated from the Tokyo Olympics after losing 3-0 to Mexico in their final group match at Sapporo Dome.

As a result, they left the tournament with three defeats and no points after losing to hosts Japan, France and Mexico. They conceded eight goals in those fixtures, scoring three times against France, where they let the lead slip three times to lose 4-3.

The defence has been their main downfall in the tournament and reports of chaos in the camp also didn’t help them.

They will look back on the defeat to France as a match they had no business losing after leading three times, only for amateurish defending to allow the French back into the game and to clinch victory in injury time.

Had they won that game, they would have gone into the Mexico match with their confidence high and anything could have happened.

They went into the match yesterday aware that they needed to win to keep their slim chances of advancing to the next round alive. But first-half goals by Ernesto Vega and Luis Romo, as well as Henry Martin’s strike on the hour-mark, condemned them to a woeful end to their campaign.

This was SA's worst performance at the Games as they finished at the bottom of their pool for the third time. In the 2000 Olympics in Sydney, the team won one game and lost two. In the 2016 Rio Olympics, they failed to win a match, drawing with Brazil and Iraq.

It’s back to the drawing board for the team again and it remains to be seen what action Safa will take against coach Notoane, whose future is in doubt, especially with reports that there was chaos in the camp.

Defending champions Brazil advanced to the quarter-finals of the men's Olympic soccer tournament after a 3-1 victory over Saudi Arabia on Wednesday ...
Sport
5 months ago

As South Africans continued to survey the wreckage after the Under-23's heartbreaking defeat to France in a seven-goal thriller at Saitama Stadium on ...
Sport
6 months ago

SA Under-23s coach David Notoane has urged his players to use their last match against Mexico on Wednesday to market themselves after a chaotic ...
Sport
6 months ago

South Africa’s men’s football captain at the Tokyo 2020 Olympics‚ Tercious Malepe‚ says they want to do well to put smiles on the faces of their ...
Sport
6 months ago
Next Article