'We need players with experience at the club' 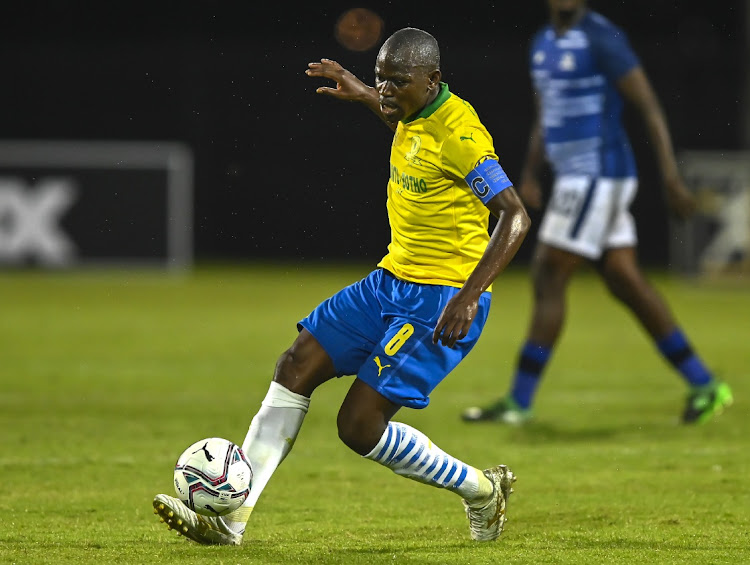 Former Mamelodi Sundowns midfielder Bennet Mnguni feels it would be wrong for the club to release Hlompho Kekana.

After signing a long-term contract two years ago, Kekana’s future looks gloomy at the Brazilians, with sources indicating that the relationship with the technical team has broken down.

Last season, the 36-year-old was reduced to a fringe player, managing only nine league appearances and 15 in all competitions as Andile Jali and Rivaldo Coetzee were preferred ahead of him.

It is now believed he will be among the players who will be released by the club.

But Mnguni believes the captain still has a lot to offer Sundowns and should stay on and fight for his place.

“What I can tell you is that Hlompho worked so hard for the team and if now the coaches don't see him the way he was before, the experience is still there,” Mnguni told Sowetan yesterday.

“We need players who have experience at the club. People may say the coaches don’t play him, but you will find out that he is injured or being rested so he can get the energy.

“We might not know why he was not playing last season. Remember, there is a game where he came in as a sub and he scored [against Orlando Pirates in the Nedbank Cup quarterfinal].

“He will still help the club, so for me to [let him] go, I don’t think it would be a good idea from the club.”

Kekana, whose experience and influence in the dressing room cannot be questioned, has been linked with a move to Swallows. Mnguni said it should be his decision to leave Chloorkop..

“It depends on him as a player what he wants. If he wants to go, the team can release him. But if he wants to remain with the team, he can stay. So, it is up to him and the coaches what they decide.

“He served the club with passion and love and we still need those kinds of players at the club,” Mnguni said.

Given how DStv Premiership newbies Sekhukhune United are doing their business in the transfer market, it seems they have taken some lessons from ...
Sport
2 months ago

New season, new jersey for Orlando Pirates. But the same old expectations will dog the Buccaneers as they aim to end nine years of championship ...
Sport
2 months ago

After his disappointing stay at AmaZulu last season, Talent Chawapiwa wants to revive his career with Sekhukhune United where he signed a two-year ...
Sport
2 months ago

After a disappointing season for Orlando Pirates and Kaizer Chiefs, AmaZulu coach Benni McCarthy expects both teams to challenge Mamelodi Sundowns ...
Sport
2 months ago
Next Article