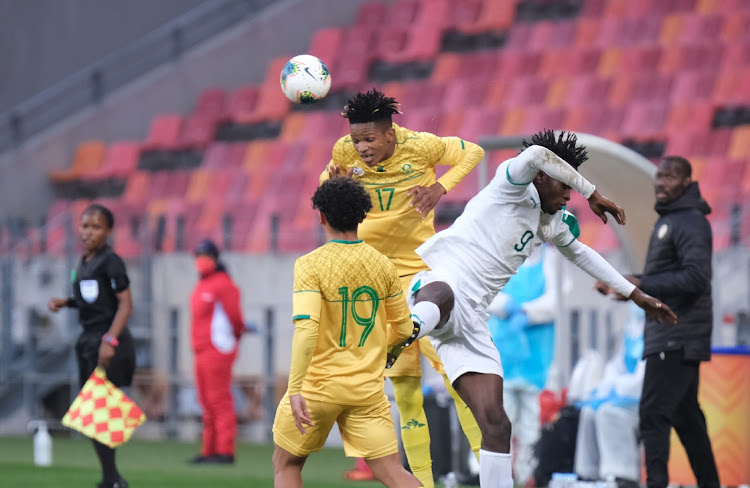 Kaizer Chiefs' new signing Austin Dube has been backed to succeed at the club following his move from GladAfrica Championship side Richards Bay.

Chiefs confirmed yesterday that they have acquired the services of the highly rated defender on a three-year deal.

The 28-year-old was impressive for Richards Bay last season, featuring in all 30 league games, only missing one in the play-offs.

Dube was with Bafana Bafana in the Cosafa Cup where he helped them to win the competition. He will be joining Njabulo Ngcobo, Kgaogelo Sekgota, Sifiso Hlanti, Phathutshedzo Nange, Brendon Peterson, and Sibusiso Mabiliso as Amakhosi’s new players, while Given Thibedi returned from a loan spell at Swallows.

A former coach at Richards Bay, Simo Dladla, who is now with Swallows, is confident that the left-back will make it at the Glamour Boys. “He will make it. He is a left-footed player and he can read the game,” Dladla told Sowetan yesterday.

“He will give them a lot of balance. He is not clumsy. I mean, he is not a guy who will get reckless and get unnecessary yellow cards or red cards. He also has an eye for goal and Chiefs have signed a good player here. He deserves this move and if it wasn’t Chiefs, someone else would have signed him now.”

Dube was a member of the TS Galaxy team that beat Chiefs in the Nedbank Cup final in 2019. He was also part of the Richards Bay team that stunned Chiefs in the last 32 of the same competition this previous season.

Dladla, who is now assistant coach to Brandon Truter at Swallows, added that he recommended Dube to the club management to sign him before he joined Chiefs. “There are a lot of good things about this boy, he is a thinker and he is calm," he said.

“He is also going to give them a balance, especially when they build from the back. He will get a nod, he is very reliable and he is coachable. I’m happy for him that he joined Chiefs. I spoke about him when I got to Swallows.”

Meanwhile, Chiefs also confirmed yesterday that they have finally departed from Morocco following their CAF Champions League final loss to Al Ahly on Saturday. They were expected to land in the country this morning.

Kaizer Chiefs are continuing to bolster their squad after announcing the signing of Thabani Austin Dube from Richards Bay United on Monday.
Sport
1 year ago

Kaizer Chiefs chairman Kaizer Motaung has issued a message of encouragement to Happy Mashiane who was red carded in the dying stages of the first ...
Sport
1 year ago

Maritzburg United have put to bed speculations that club is up for sale by announcing the acquisitions of defender Alfred Ndengane and attackers ...
Sport
1 year ago

Kaizer Chiefs striker Samir Nurkovic, 29, played a role in convincing new Mamelodi Sundowns striker Pavol Safranko to come to ply his trade in this ...
Sport
1 year ago
Next Article