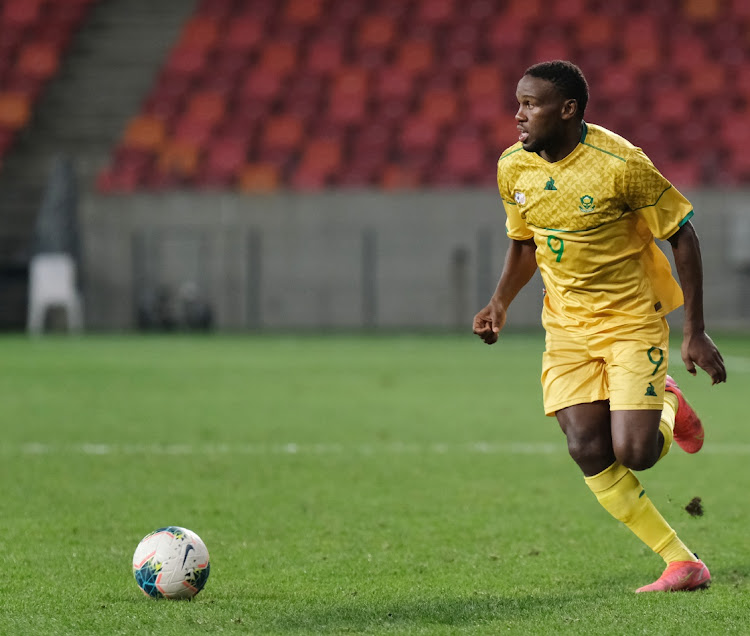 Following his hat-trick for Bafana Bafana against Lesotho in the Cosafa Cup last week on debut, striker Victor Letsoalo was not surprised with his impressive performance as he feels this was the result of the effort he put in last season with Bloemfontein Celtic.

The 28-year-old marked his first international appearance for Bafana with a hat-trick in their 4-0 group phase victory over Lesotho.

Letsoalo added to his treble with another striker against Mozambique in the semifinals to win the Golden Boot award with four goals and, in the process become the first SA player to claim the prize in the competition and earn R20,000 cash reward.

“The hat-trick I scored in my debut helps a lot in terms of confidence and my career. It improves my confidence going into the new season,” Letsoalo told the media.

“I will work hard and focus more now. I never set a target before the tournament but what I know is that I’m that guy who always wants to be a top goal scorer. I’m glad that I finished as the top goal scorer in the Cosafa.”

Letsoalo, together with Lebohang Maboe, Vusi Sibiya and Ayabulela Konqobe were the late call-ups to the national team following the withdrawals of other players due to Covid-19.

His prolific display in front of goal also saw him write his name into the history books as he is now the joint highest goal-scorer in the competition.

“It was a very good experience and I'm happy. It was a great feeling on debut to score the goals for Bafana, it was very humbling to be welcomed the way I was and the tournament was okay, that’s why everything went well,” he said.

“I was not surprised to be called because I worked so hard this past season. The way I worked last campaign is something which was expected. So, the call-up was a bonus to show what I have done.”

Letsoalo added that he would use the experience he gained with Bafana to help Celtic to do well in the new season.

“It was very nice to meet the guys who are playing in the other teams. That experience was nice and now when we return to our clubs, we are loaded with the experience we got there.”

Kaizer Chiefs' new signing Austin Dube has been backed to succeed at the club following his move from GladAfrica Championship side Richards Bay.
Sport
3 months ago

Maritzburg United have put to bed speculations that club is up for sale by announcing the acquisitions of defender Alfred Ndengane and attackers ...
Sport
3 months ago

There is barely time to reflect on their CAF Champions League defeat for Kaizer Chiefs stars Nkosingiphile Ngcobo and Reeve Frosler, as they have to ...
Sport
3 months ago
Next Article