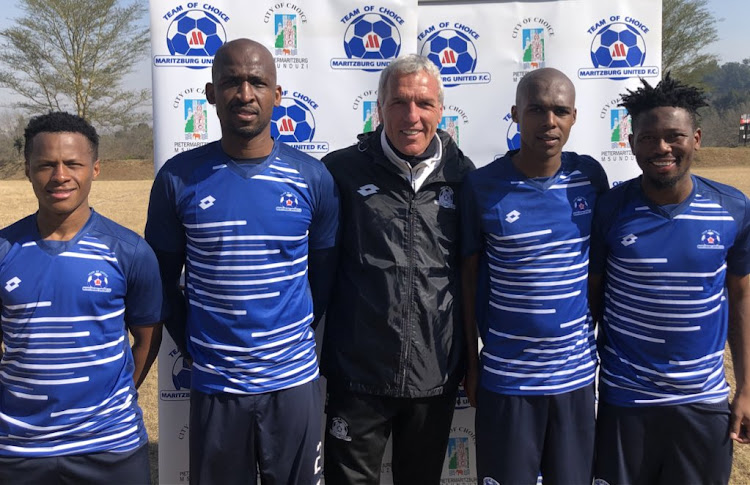 Maritzburg United have put to bed speculations that club is up for sale by announcing the acquisitions of defender Alfred Ndengane and attackers Zukile Kewuti‚ Lifa Hlongwane and Rowan Human.

Over the past few months‚ there have been persistent rumours that Maritzburg owner Farouk Kadodia was considering selling this club that survived the promotion and relegation play-offs by the skin of their teeth last season.

To further show their intent for the coming season‚ Maritzburg also beefed up their technical team with the return of assistant coach Maahier Davids and also the recruitment of Portuguese performance and video analyst Pedro Ramos.

The club also announced that coach Sbusiso Mathonsi will be working closely with the first team and head coach Ernst Middendorp and provide a link to the club’s Multichoice Diski team.

The 43-year-old Ndengane arrive from Tshakhuma Tsha Madzivhandila (TTM)‚ which has been renamed to Marumo Gallants‚ 26-year-old Kewuti from AmaZulu‚ 27-year-old Hlongwane from Black Leopards while Human joins from Israeli side Maccabi Tel Aviv.

“Whether it is Alfred or Zukile or Lifa or Rowan‚ they all fit into our expectations in that they have played frequently at their previous clubs‚” said Middendorp.

“They are not coming here trying to find competitiveness‚ they have played regularly at their former clubs‚ meaning it will be easier for them to come into selections here for our squad‚ in our team.

“Alfred is an experienced player and he’ll give us leadership at the back.

"Rowan Human is a player coming back from Israel and having had a good successful time with Bidvest Wits before. He played regularly in the starting eleven in Israel.

“With Lifa we know his dribbling skills‚ his individual skill set‚ giving us the right dimension in front.

"I’m very happy about Zukile‚ his flexibility in terms of different positions‚ using him in midfield‚ in the holding six role‚ or even on the left side as a wing-back or even as a full-back.

"I like these types of players‚ I’m happy to have these players here as additional members of the squad.”