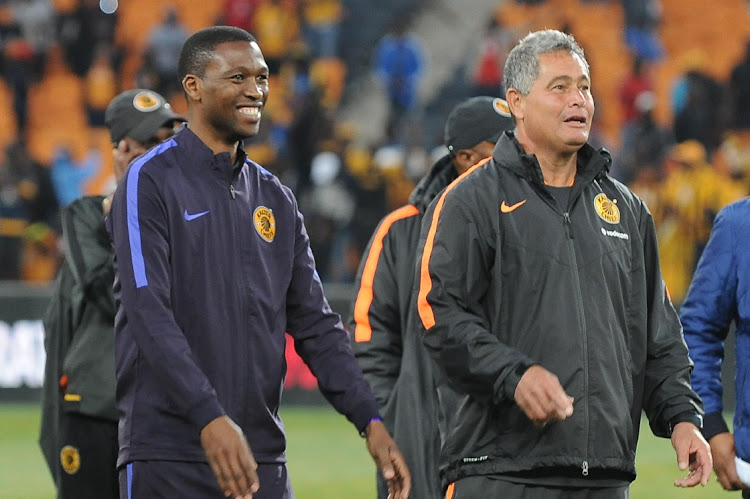 Kaizer Chiefs can emulate the generation of 2001 by winning the CAF Champions League final against Al Ahly at Stade Mohammed V in Casablanca, Morocco, tomorrow (9pm).

This is the view of former player Nhlanhla Kubeka, who was part of the team in 2001 that won the CAF Cup Winners Cup (aka Mandela Cup) when Chiefs defeated Angolan side Interclube 2-1 on aggregate.

After 1-1 draw in Luanda, Chiefs won the second leg 1-0 at Ellis Park on December 1, via a 90+ minute penalty by Patrick Mabedi.

“I believe they can win. Anything is possible. I believe they are capable of doing the same thing we did in 2001,” Kubeka told Sowetan yesterday.

“They can deliver a positive outcome on the day. Obviously, with the combination of approach and the preparations they had during the week ahead of the match. But I believe they have a squad that can upset Al Ahly and win the title.

“No-one gave them a chance from the beginning and look at where they are now. Not many are giving them a chance of winning the final and they will surprise many.”

With coach Stuart Baxter, the last coach to have delivered titles to Chiefs between 2012 and 2015 now back on the bench, the 42-year-old is also confident he will lead them to glory tomorrow again.

“We saw coach Stuart, the influence he had on the players. He has a great personality, tactical awareness and I’m sure he will motivate them to get the results,” he said.

“Though [Ahly coach] Pitso Mosimane has an advantage in terms of track record and experience in this competition, Baxter will be able to motivate them and get the best out of them again.”

Kubeka also advised the players to play without fear and have belief that they can win the final even playing against Africa's team of the century. In 2001 CAF named Kaizer Chiefs African Club of the Year, even though Al Ahly had won the major championship that year by beating Mamelodi Sundowns 4-1 on aggregate in CAF Champions Cup (Champions League) final.

“It is a matter of having to withdraw the power within them and to have a belief that they can win the game.

“The most important thing is for them to believe in themselves. Anxiety will take place; it is normal. Let them relax and breathe in during the warm-up.”

Sihle Ndebele picks three interesting match-ups that are likely to influence the outcome of this epic clash.
Sport
10 months ago

The two will combine with caretaker coach Arthur Zwane to do the same to Egyptian powerhouse Al Ahly when they meet in the CAF Champions League final ...
Sport
10 months ago

Kaizer Chiefs midfielder Happy Mashiane is determined to keep his promise to his mom - that Kaizer Chiefs will bring home the CAF Champions League ...
Sport
10 months ago

Having worked with coach Pitso Mosimane for almost eight years at Mamelodi Sundowns, Wayne Arendse has given an engrossing lowdown on how he expects ...
Sport
10 months ago
Next Article