'He allows us to have a left-footed winger' 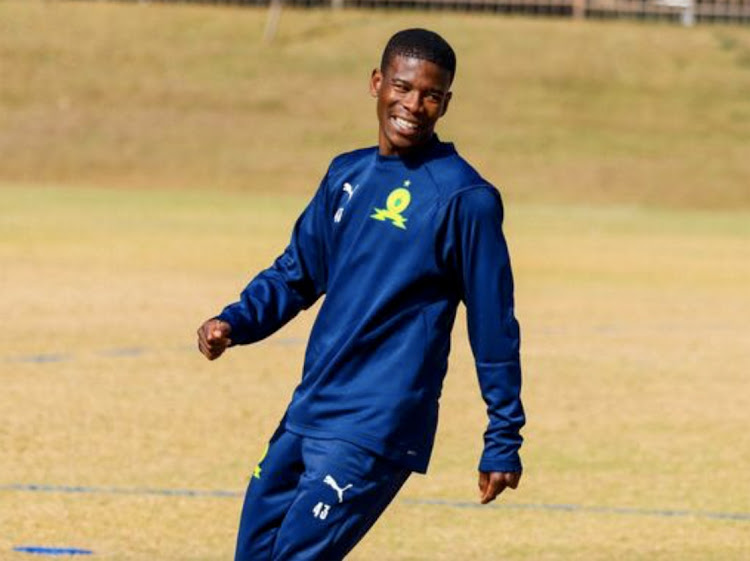 Mamelodi Sundowns co-coach Rulani Mokwena sees new signing Neo Maema as someone who can finally plug the gap left by Keagan Dolly in 2017.

Joining from Bloemfontein Celtic, the 25-year-old Maema, who’s a left-footed attacking midfielder, penned a five-year deal at Chloorkop. Pavol Safranko (from Romanian side Sepsi OSK) Grant Kekana (from SuperSport United) and Divine Lunga (from Golden Arrows) have also been added to Downs’ roster ahead of the new campaign.

Mokwena feels Downs have never really replaced Dolly, who helped them win the 2016 CAF Champions League. The Brazilians joint-coach strongly believes Maema can offer the Tshwane giants what Dolly was offering before being sold to French top-flight club Montpellier four years ago.

“Neo Maema fills a very important role in terms of what we needed because auditing the squad, we knew that of all the wingers we have in the team are right-footed. Maema allows us to have a left-footed winger. The last time Sundowns had a left-footed winger was Dolly and we never really replaced him,’’ said Mokwena.

“Further on, we went on to lose Percy Tau [another left-footed attacker, who was sold to English Premiership side Brighton & Hove Albion in 2018] and the scarce resource of a left-footed winger, with the right profile to play the Sundowns way, is something that you don’t find in the market at the moment and particularly in the local market. So the availability of Neo helped us to be able to recruit a left-footed winger.’’

Mokwena sounded thrilled that Maema is an academic. The Sundowns coach suggested Maema’s social life also makes him the right fit to turn out for the Tshwane heavyweights.

“The good thing is that the boy [Maema] has a degree in chemistry and he’s a smart kid that we’ve also done our own background check on him. That also covers the social [element] and things that we look for in a recruiting Sundowns players and he ticks those boxes,’’ stated Mokwena.

TS Galaxy talisman Mxolisi Macuphu is celebrating a decade of playing the game at the highest level and has set himself a target of scoring 10 goals ...
Sport
2 weeks ago

Kaizer Chiefs can emulate the generation of 2001 by winning the CAF Champions League final against Al Ahly at Stade Mohammed V in Casablanca, ...
Sport
2 weeks ago

Sihle Ndebele picks three interesting match-ups that are likely to influence the outcome of this epic clash.
Sport
2 weeks ago

The two will combine with caretaker coach Arthur Zwane to do the same to Egyptian powerhouse Al Ahly when they meet in the CAF Champions League final ...
Sport
2 weeks ago
Next Article