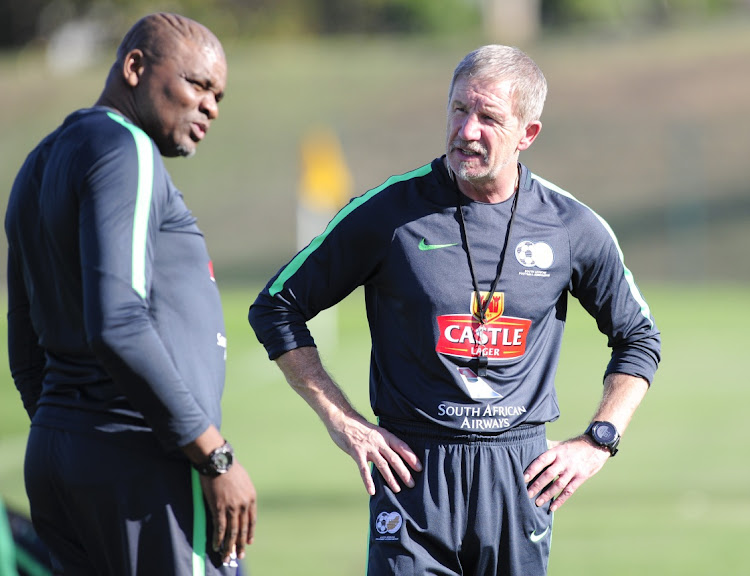 When Bafana Bafana shocked Egypt 1-0  in the Africa Cup of Nations last 16 in 2019, it was Stuart Baxter and Molefi Ntseki who were in charge.

The two will combine with caretaker coach Arthur Zwane to do the same to Egyptian powerhouse Al Ahly when they meet in the CAF Champions League final tomorrow at Stade Mohammed V in Casablanca (9pm).

Bafana goalkeeper Ronwen Williams, who was in goal when they beat Egypt, says if the structure and the shape are good, Chiefs will have a chance.

“We got the structure back then,” Williams told Sowetan yesterday.

“We worked so hard. We put so much effort and focus into it. Everyone was surprised with how structured we were and I think I only had to make one or two saves against the top side and that says a lot about the shape we had.

“If the structure and the shape are good, I think they will do well.”

Williams expects Baxter to use the same approach against Ahly this time, having seen how Chiefs approached Wydad Casablanca in the two-legged semifinal.

“They got the experience. They have been at the highest level. They got the players and know what it takes. Both of them are winners,” he said.

“But it is not going to be easy. Chiefs are coming up against a well-experienced coach in Pitso Mosimane. He thrives on a big stage and that’s what he wants.

“It is a big challenge but they have capabilities and they have the quality of the technical team. It can play out both ways. I think it is 50-50, but Al Ahly got the experience.

“They play year in and year out in this tournament and they are the defending champions as well. So it will be a good one for neutrals.”

Kaizer Chiefs midfielder Happy Mashiane is determined to keep his promise to his mom - that Kaizer Chiefs will bring home the CAF Champions League ...
Sport
1 year ago

Having worked with coach Pitso Mosimane for almost eight years at Mamelodi Sundowns, Wayne Arendse has given an engrossing lowdown on how he expects ...
Sport
1 year ago

Khama Billiat could be the main man for Kaizer Chiefs against Al Ahly in the CAF Champions League final at Stade Mohammed V in Casablanca, Morocco, ...
Sport
1 year ago

The only player to feature in all 14 Kaizer Chiefs’ CAF Champions League games en route to the final, Njabulo Blom, has chalked up Amakhosi’s purple ...
Sport
1 year ago
Next Article