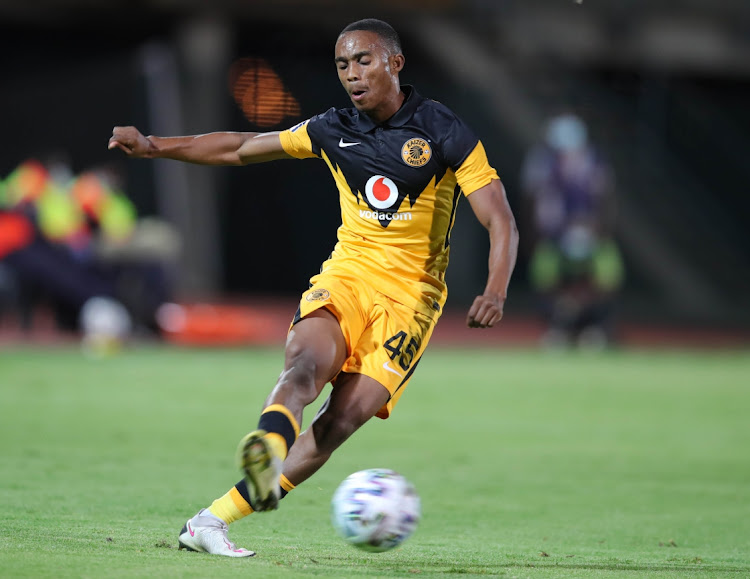 The only player to feature in all 14 Kaizer Chiefs’ CAF Champions League games en route to the final, Njabulo Blom, has chalked up Amakhosi’s purple patch in this prestigious competition to hard work and God’s grace.

In what is their first ever Champions League final, Chiefs battle it out against defending champions Al Ahly at Stade Mohammed V in Morocco on Saturday (9pm SA time).

“I feel like us being in the final is through our hard work as a team and God’s grace. During the week we prepared very well and we will go there and give our best,’’ said the soft-spoken Blom.

The 21-year-old has assured they won’t be overconfident against Al Ahly, who are mentored by former Mamelodi Sundowns coach Pitso Mosimane.

“We won’t underestimate Al Ahly because we know that they’re a very experienced team. I feel like the coaches and the entire technical team did very well in planning the sessions and in planning how we’ll go about on Saturday,’’ noted Blom.

Out of the 14 games they played on their road to the final, Blom singled out the 3-0 defeat away to Tanzanian side Simba in the second leg of the quarterfinals as the most challenging showdown, thanks to high temperatures in Tanzania at the time.

“I won’t forget the game we played against Simba. It was a very difficult game. It was very hot there. As you know we are in winter in SA and it was very hot that side,’’ reflected Blom.

Along the daunting journey, Blom was also touched to see how dire living conditions in Burkina Faso are. Chiefs visited that west African nation to face Moroccan side Wydad Casablanca in a neutral venue in the group phase of the tournament in February.

“I remember we went to Burkina Faso… people there are struggling. It was so touching to see how people live there and how they work until it’s very late at night. It was really touching and it taught me that people out there are dedicated to what they do,’’ the Chiefs midfielder stated.

SuperSport have confirmed that they will broadcast the highly anticipated Caf Champions League final between Kaizer Chiefs and Al Ahly at the ...
Sport
1 year ago

Kaizer Chiefs might be playing against an Egyptian side in the Caf Champions League final in Morocco on Saturday but midfielder Lebogang Manyama says ...
Sport
1 year ago

Khama Billiat and Leonardo Castro are determined to win their second CAF Champions League medals with Kaizer Chiefs.
Sport
1 year ago
Next Article