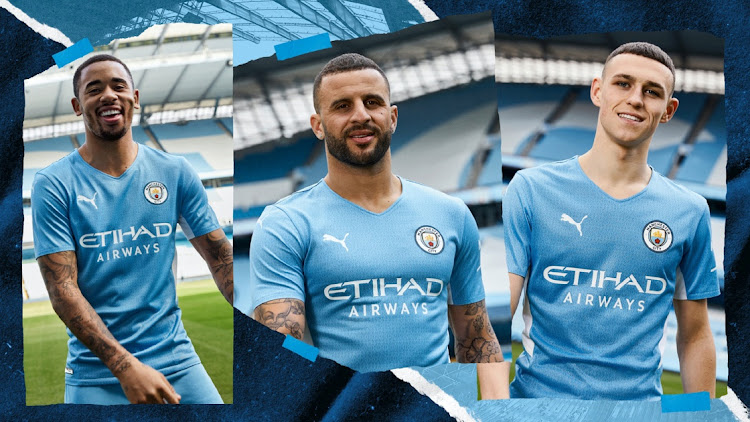 Global sports company Puma yesterday unveiled the new Manchester City home kit, saying it was inspired by the iconic late goal from the 2011/12 season that provided the club with their first English Premier League trophy.

"The memory of the legendary 93:20 [the time Aguero scored a winning goal for City to edge the title ahead of rivals Manchester United] echoes through the new home kit as a striking all-over repeated graphic of a digital clock paying tribute to the remarkable generation of players and the last-minute strike that sealed the league in a way no football fan could have predicted," Puma said in a statement.

"The 2011/12 season was a thriller, it started with an array of exciting signings and ended with 93:20 – a momentous goal that secured the club’s first Premier League title, marking the climax of the league’s most remarkable season and the beginning of a new era for Manchester City. Since this historic moment, City have gone on to win the Premier League title five times in the last 10 seasons," Puma added.

“Witnessing that moment is something I will never forget. When the goal went in, we knew we had just seen greatness, something special”, said Micah Richards, Manchester City legend.

“The league was hanging in the balance and then to secure it in the final minute, in that fashion, I don’t think it will ever be replicated. The new kit is a perfect tribute to one of the greatest moments in City’s history.”

New Sekhukhune signing Vusimuzi Mncube is looking forward to the challenge of playing Premiership football with the club.
Sport
1 year ago

Uthongathi manager Makhosonke Mhlongo has moved swiftly to quell speculation that the reason the club have let go of key players was that they intend ...
Sport
1 year ago

Masilake “Scara” Phohlongo is excited to have earned his first senior cap through Bafana Bafana's campaign in the ongoing Cosafa Cup tournament in ...
Sport
1 year ago

After a successful season where they won the DStv Premiership title and dominated from the start to finish, champions Mamelodi Sundowns are not ...
Sport
1 year ago
Next Article