Sanoka itching to get his first PSL trophy 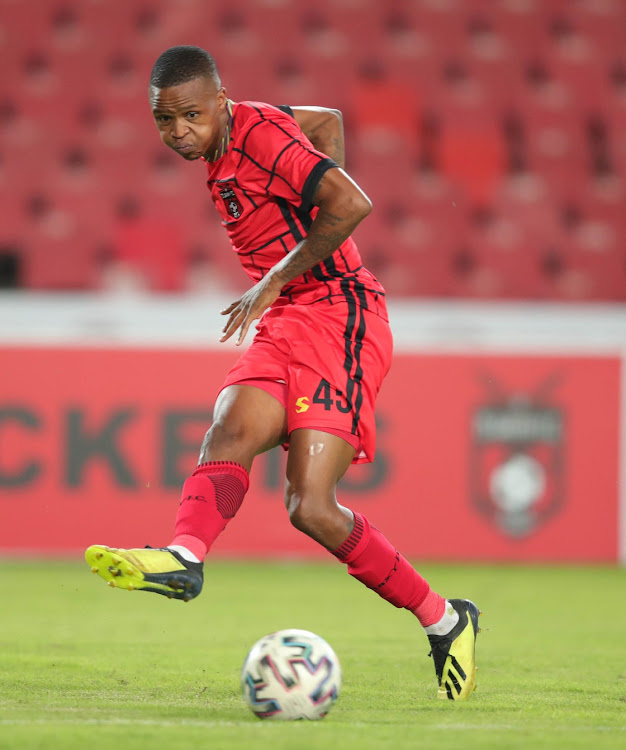 Pogiso Sanoka is eager to break his duck and get silverware under his belt with TS Galaxy.

The 29-year-old defender has only been in the top-flight for the past five years and the desire to win the first title is what motivates him to do more next season.

Sanoka, who joined Galaxy from Maritzburg United last season, only featured once in the final when they lost to Free State Stars in the Nedbank Cup in 2018.

“You cannot just play football and win nothing. You have to play and make sure that there is something on the picture to show what you have been playing for when you retire,” Sanoka told the club media department yesterday.

“To be there and not win a medal is sad, but we have to work hard to achieve that this season and that’s our plan as a team now.

“It’s a pity that the last time they (Galaxy) won something, I was not there, but looking forward, I think with the team we have, we can really achieve something. Get to the final and maybe do better by winning something.”

The defender, along with his teammates, has been hard at work preparing for the new season. He added that they have not been affected by the recent ongoing riots in Gauteng.

“You can’t even do anything because of this pandemic, you can’t even go on vacation. The most important thing was to spend time with our families, make sure you have to because it is not the longest period you spend with them,” he said.

“You are always away and when you do go home during the season, it is on the weekend. I think this time we were at home for at least a month. It was great because there was nothing much to do than staying with your family and staying safe.”

Victor Letsoalo’s hat-trick on his senior debut for SA inspired Bafana Bafana to a 4-0 thumping of Lesotho at Nelson Mandela Bay yesterday in the ...
Sport
2 months ago

Sono on his products Mosimane and Zwane facing off in the Champions League final: 'It started at Cosmos​'

Jomo Sono has said it makes him “proud and humble” to see two products of Jomo Cosmos take charge of the two teams in a Caf Champions League final.
Sport
2 months ago
Next Article