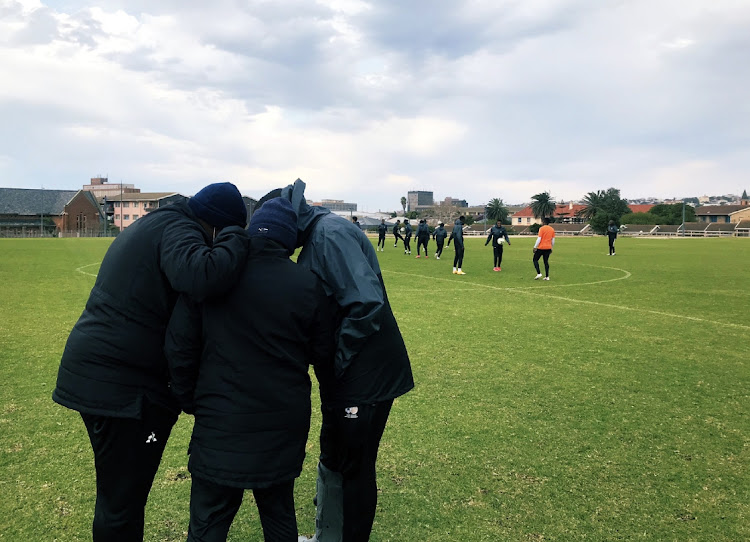 Bafana Bafana will be eager to seal qualification for the Cosafa Cup next round when they face Lesotho at Nelson Mandela Bay Stadium today (3pm).

Bafana are currently second in group A with six points and a game in hand, tied with Eswatini who are first, courtesy of their superior goal difference but having played three games already.

After three consecutive fifth-place finishes in this competition on home soil, Bafana caretaker coach  Morena Ramoreboli said their plan is not to come up short again.

“It is a game that we need to win and make sure that we qualify for the knockout stage. You could see that these boys want this,” Ramoreboli told Safa media yesterday.

“It is good that they understand the importance of winning the match because that will make things much easier for us.

Bafana struggled to create a lot of quality scoring opportunities in their opening two matches. But they have been able to do enough to win both matches.

A victory today will see them take a step towards their qualification for the next round. A late withdrawal of Madagascar forced a change to the format of the competition, which now has two groups of five teams.

Ramoreboli has promised not to take anything for granted against Lesotho, who lost to Botswana and Eswatini 4-0 and 3-1 in their matches.

“It is going to be another difficult game playing Lesotho. When you play Lesotho, I worked there. I know almost every player and I know that they will try to prove a point,” he said.

“So it is going to be a competitive game, but I’m happy that we have almost all the players we requested. I think we have tried our level best to prepare well with how we play.

“We wanted to make sure that we at least improve in certain aspects, which I believe the Lesotho game will give us a clear picture of what we have.”

Bafana Bafana utility midfielder Lebohang Maboe is confident SA will win the Cosafa Cup, which is under way in Gqeberha, Eastern Cape, despite using ...
Sport
4 months ago

Brooks not fazed by Pienaar comparisons

Being compared to Bafana Bafana legend Steven Pienaar is something that motivates Ethan Brooks, but he will not put himself under pressure by trying ...
Sport
4 months ago

An improvised Bafana Bafana side put in a workmanlike shift to dispatch a full-strength Eswatini 1-0 in their second Cosafa Cup Group A match at ...
Sport
4 months ago
Next Article