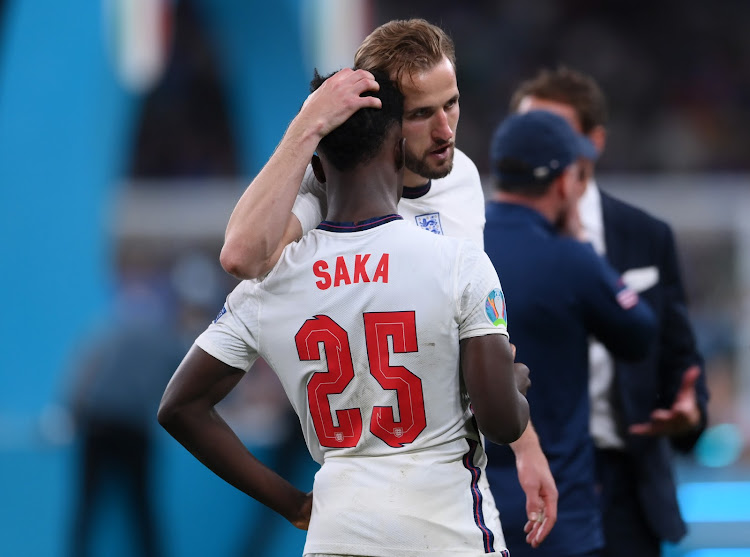 England's Football Association released a statement in the early hours of Monday morning condemning the online racist abuse of players following the team's penalty shootout loss to Italy in the Euro 2020 final on Sunday.

The sides drew 1-1 after extra time and Italy won the shootout 3-2, with England players Marcus Rashford, Jadon Sancho and Bukayo Saka, who are all Black, missing spot-kicks.

"The FA strongly condemns all forms of discrimination and is appalled by the online racism that has been aimed at some of our England players on social media," the statement said.

"We could not be clearer that anyone behind such disgusting behaviour is not welcome in following the team.

"We will do all we can to support the players affected while urging the toughest punishments possible for anyone responsible."