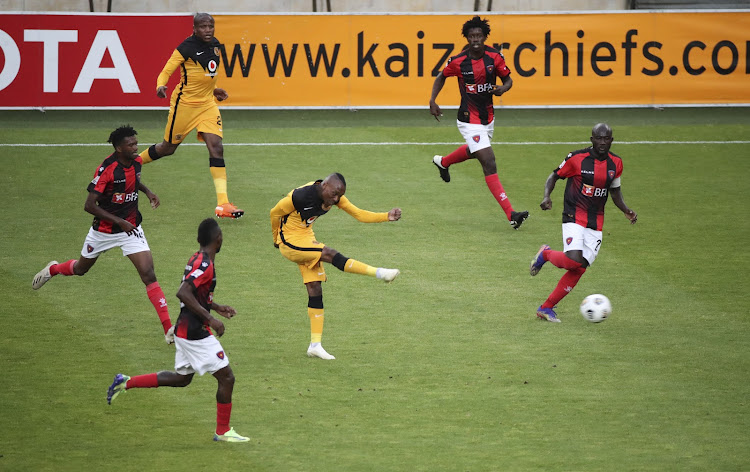 Kaizer Chiefs have played in numerous cup finals in the 51 years of their existence but the Naturena side's Caf Champions League final date with Egyptian powerhouses Al Ahly at the Stade Mohammed V in Morocco on Saturday is perhaps the most important since the club's inception in January 1970.

The soccer gods couldn't have written a more delicious script as standing in their way in the opposite end of the Stade Mohammed V pitch will be South Africa's very own Pitso Mosimane‚ a man who knows a thing or two about beating Chiefs after years of plotting their downfall in the domestic league.

The stage is set for an intriguing night peppered with several twists and turns as Chiefs have to find a path past the revered Al Ahly coach and his charges if they are to win a maiden Champions League title.

"Right now we are in the final and we are 90 minutes away from the biggest trophy that [all] clubs in Africa would want to have‚" he said.

"We remain down to earth‚ we maintain professionalism‚ we want to do the best as the coach wants us to do‚ from training‚ playing very well and we are working on one or two things that can make a difference during the game.

"It is looking good. You know‚ you would not have seen this coming‚ to be where we are right now and to be part of it‚ being in the final‚ I give credit to God.

"Everything happens for a reason."

Billiat knows all about playing in the Champions League final after winning continental club football's prize with former club Mamelodi Sundowns under the selfsame Mosimane in 2016.

After beating Egyptian side Zamelek 3-0 in the first leg in Atteridgeville in October 2016‚ Sundowns lost the return match 0-1 at Borg El Arab Stadium in Alexandria but claimed the trophy 3-1 on aggregate to become the second South African side to win the gruelling tournament.

It was a sweet triumph that cemented Mosimane's reputation on the continent‚ and the victory also set the wheels in motion that saw the respected coach eventually join Zamalek's fiercest rivals Al Ahly last year.

Billiat said he would like nothing better than to relieve those glory days in the Chiefs shirt on Saturday.

"I am in the right place and at the right time‚" he said.

"I have had this journey before [with Sundowns] and I know how difficult it is.

"I know how great the feeling can be at the end [of the Champions League tournament].

"So‚ it is a [blessing] that it has happened before and I am glad to be where I am right now and I am looking forward to the team going all the way and have great memories with this great club."

The Zimbabwe international's appearances in a Chiefs shirt have been restricted by a string of injuries this season and he has not taken to the field since April.

He is available for selection for the Champions League and hopes to ascend the winners' podium again after the dust has settled in Casablanca on Saturday night.