World Cup qualifiers team to be named in a few weeks 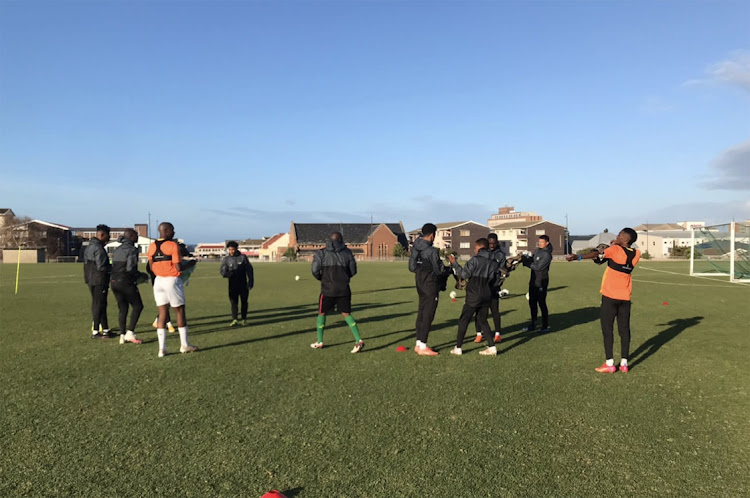 Bafana Bafana assistant coach Helman Mkhalele has urged players to use the Cosafa Cup to audition for places in the team ahead of the Fifa 2022 Qatar World Cup qualifiers in September and October.

Mkhalele is in charge of the team in the absence of head coach Hugo Broos, who is in his native Belgium to get the Covid-19 vaccine.

The 51-year-old 1996 Africa Cup of Nations-winning midfielder said the technical team would consider the players that are part of the annual tournament when they announce the squad for the World Cup qualifiers in a few weeks.

Bafana are in a group which also has Botswana, Lesotho and eSwatini. Mkhalele's charges open their account against Botswana at the Nelson Mandela Bay Stadium today (5pm).

“We hope that these players will make use of the opportunity which they get and impress the technical team. We have six games that we need to play in our World Cup group. This tournament will prepare the players for the qualifiers, and I hope that they will respond positively. We want to have a bigger pool of players by the time we play in the qualifiers. And yes, we want to win this tournament, and we take it seriously," said Mkhalele.

Bafana attacking midfielder Siyethemba Sithebe is one of those players hoping to impress the new technical team. The 28-year-old AmaZulu star said he would grab the opportunity with both hands.

Meanwhile, Mkhalele has been forced to call up replacements after players from Orlando Pirates and Kaizer Chiefs withdrew from the squad.

The decision to appoint AmaZulu goalkeeper Veli Mothwa Bafana Bafana captain for the Cosafa tournament caught him by surprise.
Sport
4 months ago

Namibia give Shalulile a break from Cosafa Cup

Despite playing 39 games across all competitions in what was a successful 2020/21 season, his maiden one at Sundowns, Shalulile still wanted to ...
Sport
4 months ago