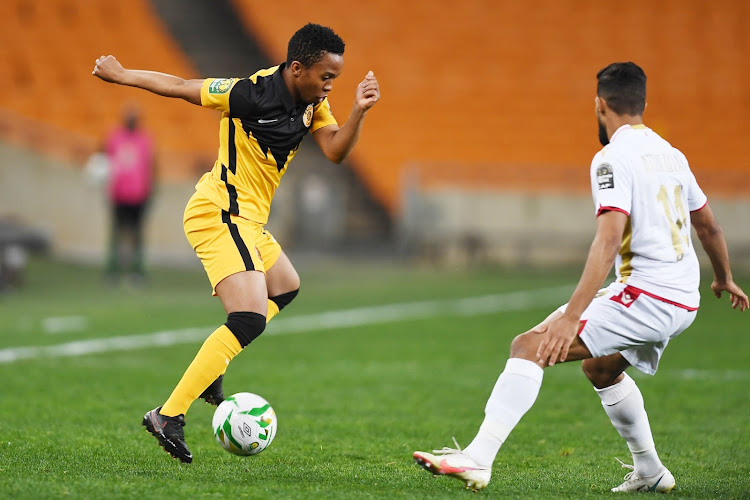 SA Under-23 coach David Notoane has said he believes Kaizer Chiefs’ emerging star Nkosingiphile Ngcobo could have come into his own matching himself against top-class opposition at the Olympics.

Hugely promising creative midfielder Ngcobo and key right-back Reeve Frosler will not be named in Notoane’s Olympic squad announced on Saturday as Kaizer Chiefs have withheld them to take part in the Caf Champions League final against Al Ahly in Morocco on July 17.

Notoane opted not to allow Frosler and Ngcobo to arrive late in Japan as, with a squad of just 18, he did not want to risk having 14 outfield players in the opening game, and then also have two players arrive who had not trained with the U-23s in the build-up.

Frosler, 23, is a big loss. The then-Bidvest Wits right-back was one of the SA Under-20s who did not look out of place on the stage at the 2017 Fifa Under-20 World Cup in South Korea.

Former SA Under-23 coach Owen da Gama hopes that the current coach, David Notoane, will succeed where he failed at the Olympics.
Sport
1 year ago

While Notoane said the negotiations with Chiefs for the duo were professional and he understands the history of the occasion of Amakhosi’s first Champions League final, he could not hide his disappointment that Ngcobo, 21, will not cut his teeth against global emerging stars in Japan.

“One was really looking forward to him showcasing his talent at a big tournament like this,” Notoane said.

“He’s a player I rate really highly, because I know what he’s capable of. I don’t think we have seen the best of him and one was really looking forward to him showing that quality on the platform of a global stage.

Notoane said he felt sorry for Ngcobo missing a second major international junior tournament having been injured ahead of the 2017 U-20 World Cup.

Notoane’s squad has had havoc wreaked upon it by the affects of Covid-19, with several warm-up friendlies and tournaments cancelled, and withdrawals of players.

Percy Tau, Gift Links, Thibang Phete, Siphephelo Sithole, Thapelo Morena, Siyabonga Dube are among overage and U-24 — the official cut-off age due to the Olympics being postponed a year — players who have been declared unavailable for the tournament, which does not feature on a Fifa date.

The U-23s lost 3-0 and 2-0 against Egypt in warm-ups last month. Their only other preparation matches were a 3-2 defeat and 1-1 draw against Saudi Arabia back in November.

Notoane said at present SA only have Australia confirmed on July 16 as a final warm-up game.

South Africa Under-23 coach David Notoane is putting on a brave face despite Covid-19 having played havoc with his preparations for the Olympics‚ ...
Sport
1 year ago

Kaizer Chiefs stars Reeve Frosler and Nkosingiphile Ngcobo have been withdrawn from South Africa’s Under-23 team to compete at next month’s Tokyo ...
Sport
1 year ago

The SA Under-23 squad heading to the Tokyo Olympic Games will be announced on Thursday or Friday‚ South African Sports Confederation and Olympic ...
Sport
1 year ago
Next Article