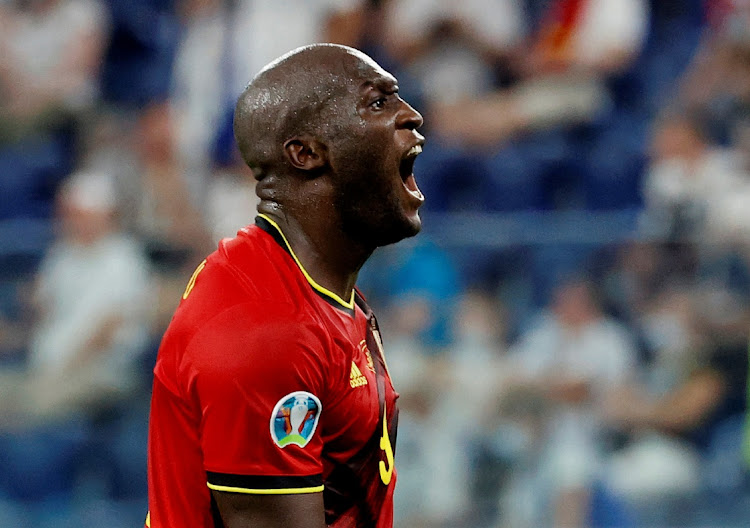 Belgium's Romelu Lukaku believes he should be classified now as a world-class striker and says everything fell into place for him in the season just finished, as he looks ahead to meeting Cristiano Ronaldo's Portugal in the European Championship on Sunday.

The comparison with the two has dominated the build-up to the last-16 clash between holders Portugal and top-ranked Belgium in Seville, in what could be the clash of the round.

Ronaldo is one goal away from setting a new record for most national team goals, while Lukaku is Belgium’s top scorer with 63 in 96 international appearances.

"At his age, he continues to shine and I'm going to try and get as close to his achievements as possible," Lukaku said of his Portuguese rival, who he added was a major source of inspiration and motivation.

Belgium eased to a 3-0 opening Euro 2020 win over Russia on Saturday but considered the victory a footnote after the frightening collapse of Denmark ...
Sport
1 year ago

"Oh, I need competition. When someone says he's better than me, I want to transcend him. Ronaldo wants to be the best at everything, (France striker Kylian) Mbappe also wants to win everything," Lukaku told reporters.

"I've taken a big step. (Robert) Lewandowski, (Karim) Benzema and (Harry) Kane used to be talked about as world-class strikers. For me, those sort of comment was always limited to: 'He is in shape'. Well, now I'm world class, too. That was my personal goal.

"It was important to start winning trophies, and the Serie A title with Inter gave me motivation and now I also want to win with the Red Devils. It would be the ultimate recognition for this team. If I play badly I will be really disappointed in myself and the team, because now is the right time to harvest."

Belgium’s golden generation have been top of the FIFA rankings for almost three years but are without a major tournament triumph, losing in the semi-finals of Russia 2018 to France three years ago.

"We were not mature enough at the World Cup against France. We tried too hard to do well and were beaten. Now we know how to win in many different kinds of ways.”

In a separate Saturday interview on Belgian television, Lukaku said success at Euro 2020 would cap a dream season.

"Everything has finally fallen into place this season. I have worked very hard in recent years and worked under the right coach at the right time. I analysed myself a lot, and that really made a difference in playing better," he added.

Denmark will be playing their first game away from Copenhagen's Parken Stadium when they take on Wales in their Euro 2020 last 16 tie tomorrow but ...
Sport
1 year ago

Wales captain Gareth Bale said on Friday they will embrace their own underdog status against Denmark, the neutrals’ favourites in the Euro 2020 ...
Sport
1 year ago

France coach Didier Deschamps described events in Budapest as magical and insane after his side drew 2-2 with Portugal on a night full of twists and ...
Sport
1 year ago
Next Article