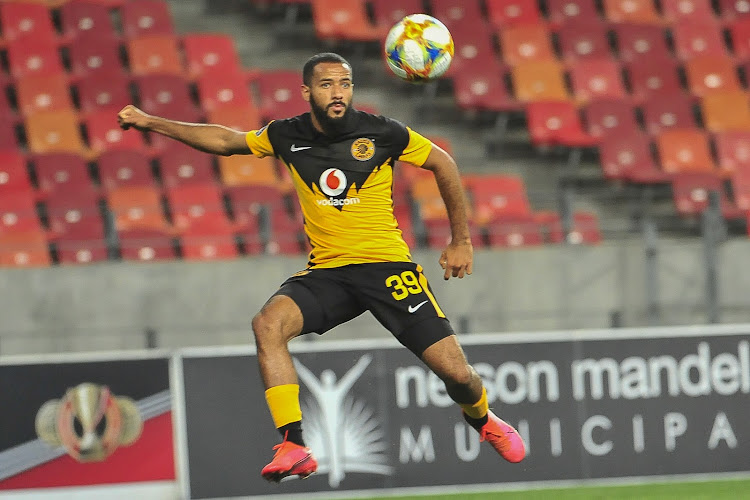 Reeve Frosler was a key presence for Kaizer Chiefs in the first leg of their Caf Champjons League semifinal against Wydad Athletic in Casablanca. File photo
Image: Deryck Foster/BackpagePix

Blocking external information has been a key part of the preparation for Kaizer Chiefs ahead of their Caf Champions League semifinal second leg against Moroccan giants Wydad Athletic at FNB Stadium on Saturday (kickoff 6pm), defender Reeve Frosler has said.

Amakhosi won the first leg 1-0 via Samir Nurković’s strike in Morocco last week and will qualify for their first Champions League final if they can hold on to their lead against the two-time champions.

For Frosler, who has featured in nine of Chiefs’ 13 matches in the Champions League, ignoring all the hype and concentrating on what they need to do to win Saturday’s match has been an important part of his preparation.

“It’s difficult but we just have to focus on the game and not worry about the external things and what people are saying externally,” said Frosler, who played in last week’s game where midfielder Njabulo Blom crossed for Nurković to score the all-important goal in the 34th minute.

“It is a very big game for us if you look at what we’ve achieved so far. We’ve done well and we now have got an opportunity to go even further. We just have to keep our focus and drive all the way.”

Chiefs could meet Pitso Mosimane’s Al Ahly in the final in Morocco on July 17 if they can beat Wydad for a third match in a row. Like Chiefs, record nine-time winners Ahly beat Esperance 1-0 away in Tunisia in their first leg on Saturday.

Chiefs lost 4-0 away to Wydad in their opening encounter in the group stages but a 1-0 victory in a return leg helped the club make it to the knockout phase, where they beat Tanzanian club Simba SC 4-3 on aggregate in the quarters.

Amakhosi will become the third South African club after Orlando Pirates (1995) and Mamelodi Sundowns (2016) to have a star next to their badge if they go all the way and win the Champions League.

Kaizer Chiefs defender Erick Mathoho does not believe Wydad Casablanca will benefit from having rested key players in Tuesday’s league clash against ...
Sport
7 months ago

Samir Nurkovic warns Kaizer Chiefs: It's not over yet

First leg goal-scorer Samir Nurkovic has cautioned Kaizer Chiefs that their semifinal tie is far from over yet‚ and that they still have a job to do ...
Sport
7 months ago

There has been no change on new Kaizer Chiefs coach Stuart Baxter’s work permit situation and he will continue to watch from the stands in the second ...
Sport
7 months ago
Next Article