Rumours of star's exit from the club 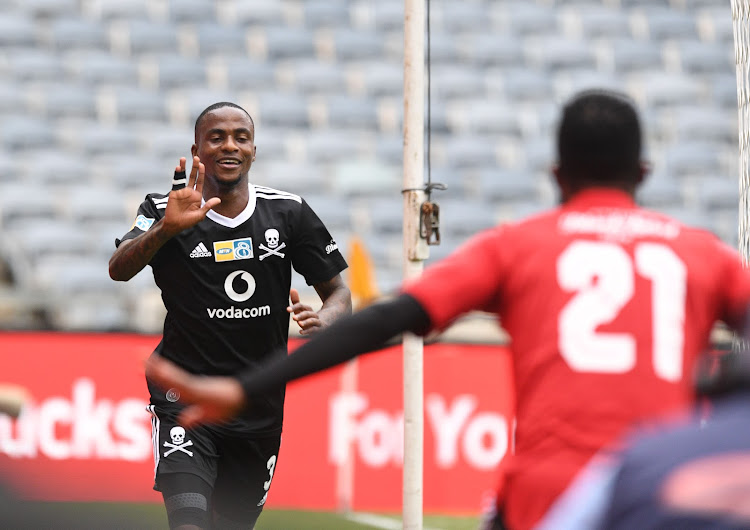 Orlando Pirates star Thembinkosi Lorch is not going anywhere despite rumours linking him with an exit from the club.

This was confirmed by his manager Jazzman Mahlakgane to Sowetan yesterday that Lorch will see out his remaining two years with the Soweto giants.

The Bafana Bafana midfielder has made it public in the past that he wants an overseas move and it was believed that he would leave the club at the end of the recently concluded season.

Belgian sides Royal Union Saint-Gilloise and Club Brugge as well as French sides Dijon Football Cote d'Or and Toulouse were believed to have been keen for his services.

But the Buccaneers are understood to have rebuffed those offers in the past.

“Lorch is currently on holiday and he is not going anywhere. He will still be a Pirates player,” Mahlakgane confirmed yesterday.

“I am his manager, if there are interests for him, I should know them and I’m the one who will be negotiating for his deal. At the moment, there is nothing for Lorch. He is still contracted to Pirates.

“I have been getting this question recently and I have made it clear that he is not going anywhere. I can confirm that.”

The 27-year-old who joined Pirates in 2015 from Maluti FET College before he was loaned out to Chippa United, was also linked with a move to Mamelodi Sundowns and Kaizer Chiefs.

He made 24 appearances for the Buccaneers this previous season across all competitions, scoring four goals and creating five assists.

His injury status was questioned within the football fraternity and that led to speculations surrounding his future.

Many thought Lorch was no longer happy at the club as he continued to be sidelined by injuries, but Mahlakgane has since rubbished that.

“If there is anything, you would have known, those things are not true. Lorch is happy at Pirates and will remain at the club.”

Orlando Pirates striker Gabadinho Mhango has disclosed it didn’t bother him sitting on the bench while natural left-winger Deon Hotto was being used ...
Sport
6 months ago

Orlando Pirates ace Vincent Pule has declared the players' support for under fire coach Josef Zinnbauer amid the uncertainty surrounding his future.
Sport
7 months ago
Next Article