Royal AM risk the wrath of the PSL

Chippa travel to Durban and could be awarded walkover 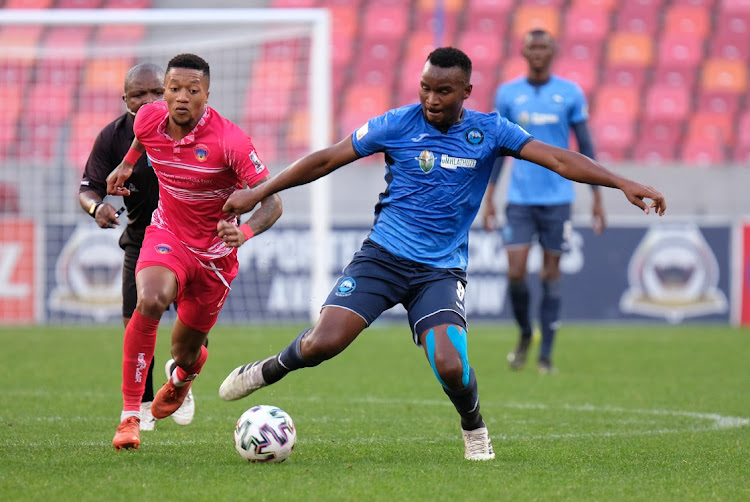 Chippa United could be set for a walkover should Royal AM not pitch for their playoffs match at Chatsworth Stadium this afternoon (3pm).

Royal CEO Sinky Mnisi confirmed to Sowetan yesterday that they will not take any part in this match, as the club is taking its dispute with the PSL over the promotion playoffs to the Supreme Court of Appeal in Bloemfontein.

This after Royal saw their application to interdict the playoffs dismissed by the Johannesburg High Court at the weekend, paving the way for Chippa and Richards Bay to open the round-robin tournament with a match the Chilli Boys won 2-1 in Gqeberha on Saturday.

According to NSL handbook rule 56.13.16.1, a team sanctioned with a forfeit is considered to have lost the match by three goals to nil.

But Mnisi believes they have a strong case against the PSL and are confident that they will win their appeal in Bloemfontein.

“No, we are not playing based on the court order,” Mnisi said yesterday.

“That’s all. PSL can’t insist on us playing. Our legal stance is that we are not playing, simple. We don’t even want to comment. Royal AM is not playing based on AJ Nyathi’s court order, that’s it. If you need more, get our attorney [Eric] Mabuza, he is in the position to elaborate more.”

Chippa confirmed yesterday they had already travelled to Durban and until they were advised by the league not to play, they would consider the fixture as on.

“We are travelling to Durban and we are going to honour the fixture,” Chippa operations officer Lukhanyo Mzinzi told Sowetan yesterday.

“We don’t have an official word from the PSL and until the league advises otherwise, we are going to Durban.”

Should the match not take place today, it would be the second time in less than a week that a playoffs are abandoned. Last week, the PSL had to revise the fixtures after Royal's temporary interdict in the Joburg High Court.

Asked to comment on the matter and on what happens to the referees, Safa CEO Tebogo Motlanthe said the association had already sent the officials for the match and the league should answer for what happens after that.

“With Safa, remember [our role] is to give the service of the referees. If they don’t honour the game, the league will have to kick in,” Motlanthe said.

“We got a request already from the league and we’ve given them the referees. Last week, we sent the referees and the game did not happen, so we will continue to send the referees.”

Chippa United coach Lehlohonolo Seema and his Richards Bay counterpart Allan Freese admitted that the ongoing court battle between Royal AM and the ...
Sport
6 months ago

Royal AM won’t be showing up for their playoff match against Chippa United, which is set for Tuesday at Chatsworth Stadium (3pm).
Sport
6 months ago

The GladAfrica Championship promotion-relegation court saga, which has taken the Premier Soccer League (PSL) more than a month to resolve, is far ...
Sport
6 months ago
Next Article