Zwane, Cardoso give Amakhosi a fighting chance home and away 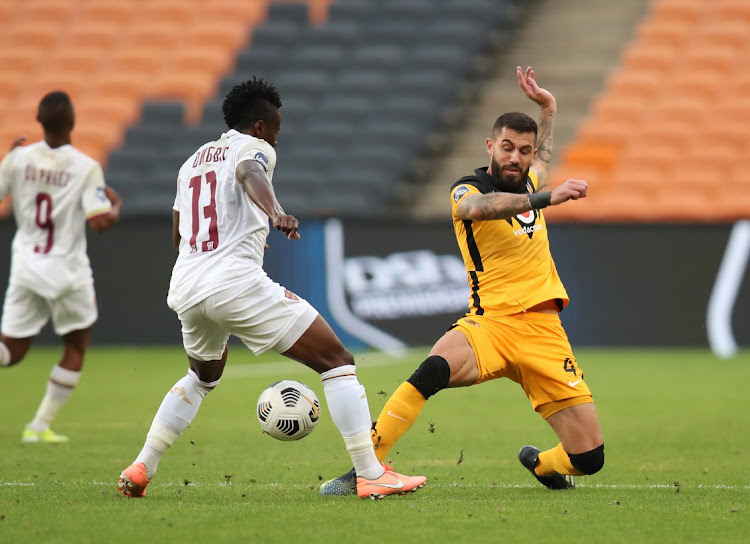 Wydad Casablanca may be enjoying a good run, but that’s not a concern for Kaizer Chiefs ahead of their CAF Champions League semifinal first leg at Stade Mohammed V tomorrow at 9pm.

The Moroccan giants head into the match against Amakhosi unbeaten in their last 13 games in all competitions with their last defeat dating back to April 26.

They have won eight and drawn five matches over this run, and are sitting at the top of the Botola Pro log.

But assistant coach Arthur Zwane and defender Daniel Cardoso are not bothered by that as they believe Chiefs are capable of getting a result away and at home.

“The opponents are a very competitive team. We are aware of that. But they also have their weaknesses and strengths and we will try to focus on their weaknesses,” Zwane told the club's media department.

“We will try to control their strength because we know that they are very good at playing the balls behind. If you create that space for them, they can easily punish you.”

The sides met in the group stages, with Wydad winning their home leg, which was played in Burkina Faso, 4-0, while Chiefs got their revenge at FNB Stadium.

Defender Cardoso said they won't make it easy for Wydad in both matches.

“It is a bit of a challenge but we know them, we have been studying them and we have been watching their games,” Cardoso said. “They showed their class when we played them away and we managed to beat them at home, and we are going into this game with a good and fresh mind.”

With coach Stuart Baxter now in charge of the team – though he won’t be on the bench tomorrow as he is still waiting for his work permit – Cardoso added that there is confidence among the players now.

“It has been great that Dillon Sheppard and Arthur have actually come into the fold and done very well with us. I mean, we are doing quite a bit on the training ground and they got us working very hard,” he said.

“You can see there is a big change and a big vibe. No disrespect to Gavin Hunt, he was a great coach, but Kaizer Chiefs didn’t fit [his playing style]. He wanted players in and out [and] sometimes you have to work with players that you have.”

Briton Stuart Baxter has been at Kaizer Chiefs for only a few days but captain Bernard Parker says the new coach has already had an impact on the ...
Sport
1 month ago

Gavin Hunt’s departure from Kaizer Chiefs would not affect Amakhosi in the CAF Champions League.
Sport
1 month ago
Next Article