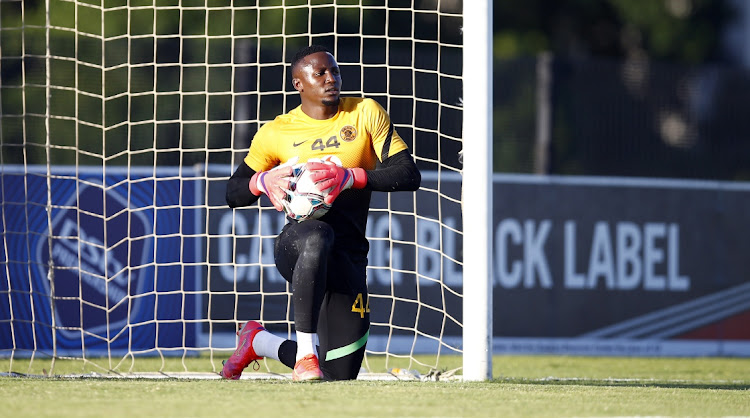 Bvuma has been exceptional for the Amakhosi and was also in goal when they beat Simba SC 4-3 on aggregate in the quarterfinal.

With the semifinal against a tough and in-form Wydad, there is a belief that the technical team may want to go with the experience of Itumeleng Khune or Daniel Akpeyi in goal.

But Shongwe feels Bvuma should continue.

“If you look at Bvuma, he picked up form and he played the CAF games to be where they are at the moment, so [do] you want to take that away from him?” Shongwe asked.

He also questioned how close Khune and Akpeyi were to full match sharpness, having not seen action for a while.

“So, how now do you as a coach risk the momentum that has been built up already? Yes, Bvuma has done well, [but] you think the temptation may be [to say]  Khune will be able to stabilise this thing better because of his experience. Maybe Akpeyi. It’s a big temptation. But if I was the coach, I would say do not tamper with what has been happening.

“This boy [Bvuma] comes from nowhere and he has been waiting for his moment and let him continue. He has served under these two goalkeepers and he has been in and out of the team.

“Remember one time when Khune was injured and Akpeyi was injured and he came in to play. I remember that game against Cape Town City [when] he was thrown in the deep end three seasons ago. He played well, though Chiefs didn’t win that game.

“So, he has come a long way, so maybe this is his time. Throw him in the deep end.”

Shongwe is impressed with the 26-year-old's performances in the league and the continental competition and has no doubts that he will do well tomorrow.

“One thing that he lacked is confidence, to believe in himself. Because when you are given a chance and then while you think you are building up and then you are removed, it doesn’t build your confidence,” he said.

Bernard Parker has bullishly declared that Kaizer Chiefs have what it takes to overcome Wydad Casablanca in the two-legged CAF Champions League ...
Sport
7 months ago

Returning Kaizer Chiefs coach Stuart Baxter will not be on the bench when Amakhosi play the first leg of their Caf Champions League semifinal match ...
Sport
7 months ago

Gavin Hunt’s departure from Kaizer Chiefs would not affect Amakhosi in the CAF Champions League.
Sport
7 months ago
Next Article