Pirates’ goal is to win the league, says Hlatshwayo

Winning MTN8 is simply not enough for a club like Bucs 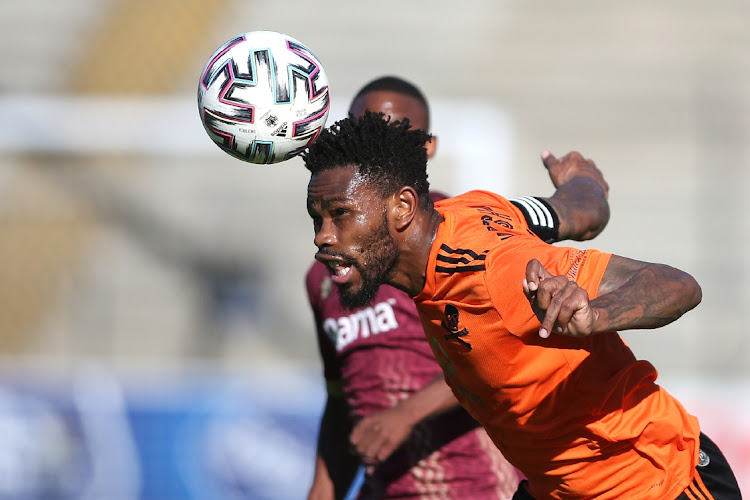 For a club of Orlando Pirates’ magnitude, winning just one trophy the entire season is equivalent to mediocrity.

This is the view of the Buccaneers vice-skipper Thulani “Tyson” Hlatshwayo.

In a season where they struggled with consistency in the league and eventually finished third again, Pirates won only the MTN8 to end their six-year trophy drought. Hlatshwayo feels they should be winning more than one cup a season.

“Yes we won the MTN8 but that is not enough for a club like Pirates. We had a mediocre season to be honest. We need to do more,’’ Hlatshwayo told Sowetan in an exclusive interview at a charity event at Soweto Oval in Moroka two weeks ago.

Having gone pound-for-pound with Mamelodi Sundowns and finished as runners-up in the 2017/18 and 18/19 seasons, Pirates have deteriorated in the past two seasons, finishing third in both campaigns. Tyson has since promised the Buccaneers faithful they will re-establish themselves as title challengers in the impending term.

“Our goal in the upcoming season is to win the league. I can promise that we will fight and we’ll compete. We want to make our fans happy by challenging for the league title again,’’ said Hlatshwayo, who skippered his previous club Bidvest Wits to the 2016/17 championship.

In the new term, the Buccaneers will be returning to the CAF Confederation Cup, where they were eliminated by Moroccan side Raja Casablanca in this season’s quarterfinals.

Hlatshwayo wants the 2021/22 season to be their last in the Confed Cup, feeling they should be competing in the premier intercontinental club tournament, the Champions League.

“A team like Pirates need to play Champions League every season, not the Confed Cup. We must always strive to compete in the bigger scheme of things. Going forward we must know we belong in the Champs League,’’ said Hlatshwayo.

Even so, Tyson has vowed they will still give their best in the Confed Cup next season. “We’ll be returning to the Confed Cup, we will give our all and make sure the following season it’s Champions League that we play in.’’

Bernard Parker has bullishly declared that Kaizer Chiefs have what it takes to overcome Wydad Casablanca in the two-legged CAF Champions League ...
Sport
1 month ago

Orlando Pirates ace Vincent Pule has declared the players' support for under fire coach Josef Zinnbauer amid the uncertainty surrounding his future.
Sport
1 month ago

As the curtain has come down on the 2020/21 Premier Soccer League (PSL) campaign, Neville Khoza and Sihle Ndebele pick the five best and worst ...
Sport
1 month ago
Next Article