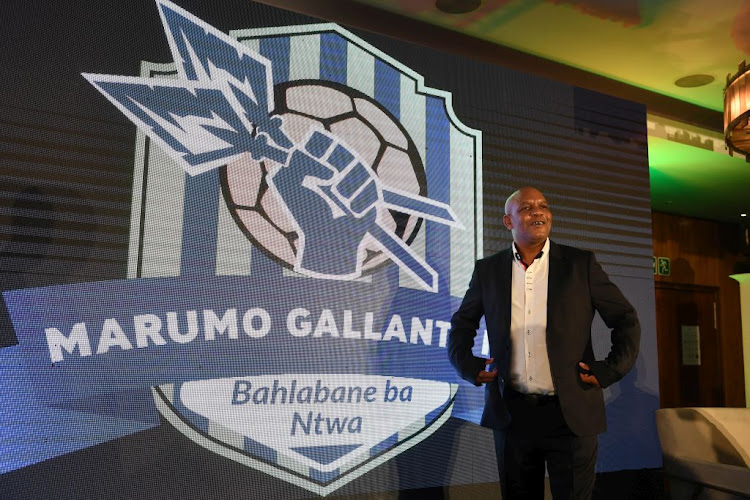 Gallants chairperson Abram Sello explained that the name was based on the bravery shown by then-TTM in the past season surviving relegation from the 2020-21 DStv Premiership through fight and courage‚ and even winning the Nedbank Cup too.

The direct translation of Marumo from iSepedi is “sword”‚ but also means bravery.

Sello had bought a club in disarray from previous owner Lawrence Mulaudzi in January. Mulaudzi had bought the Premier Division franchise of 99-year-old Bidvest Wits at the end of the 2019-20 season‚ but soon ran into financial troubles‚ with reports of players not being paid.

TTM seemed bound for certain relegation in the first season of their new existence. But the arrival of Sello‚ who stabilised an apparently disastrous situation to a large extent‚ and brought in the coaching trio of Dylan Kerr‚ Mpho Maleka and David Mathebula‚ saw TTM end a fairly respectable 12th.

“[The name] Marumo Gallants is a promise to all our fans that we will fight to continue to remain in the league for all time‚” Sello said.

He added: “The name was inspired by our journey from when we bought until the end of the season.”

Gallants will be based in Polokwane‚ Sello said.

Club says all debts have been settled
Sport
1 month ago

Tshakhuma Tsha Madzivhandila (TTM) have avoided automatic relegation to the GladAfrica Championship after a hard-fought 0-0 draw with Baroka at the ...
Sport
2 months ago
Next Article