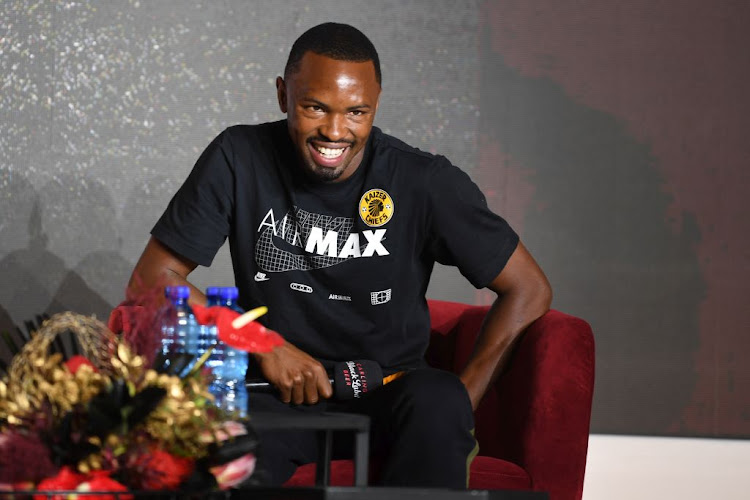 Briton Stuart Baxter has been at Kaizer Chiefs for only a few days but captain Bernard Parker says the new coach has already had an impact on the players.

Chiefs sacked coach Gavin Hunt after only one season last month and Parker said the reforms currently under way at Naturena — former Bafana Bafana coach Molefi Ntseki has also been appointed as head of technical and the youth development academy — have brought many players out of their shell.

“The change has brought life out of this squad, not only on the field, but also in the dressing room as well,” Parker said.

“Others who did not play, now they stand a chance to impress the boss so that they can get the nod. Others who were playing regularly, it is now for them to reset and also impress the boss. The good thing is with [caretaker] coach Arthur and coach Dillon, they have brought the spark back in terms of belief.

“I believe that will tick all the boxes in terms of confidence, motivation, courage and other ingredients we need to play for. We got the result in the meanwhile.”

Bernard Parker has bullishly declared that Kaizer Chiefs have what it takes to overcome Wydad Casablanca in the two-legged CAF Champions League ...
Sport
1 month ago

Baxter is certainly no stranger to life at Naturena as he was the last coach to lead Chiefs to the winners' podium, and it has been a barren six years since his departure in 2015.

Chiefs departed for Morocco on Tuesday night to continue preparations ahead of their Caf Champions League showdown against Wydad Casablanca at Stade Mohammed V on Saturday night.

Parker has won everything on the domestic front and the Champions League offers him, and the club, an opportunity to claim a priceless medal that is missing from the trophy cabinet.

Stuart Baxter believes he has arrived at a Kaizer Chiefs where, despite his predecessors’ failure to win trophies, strong coaching has left him a ...
Sport
1 month ago

The 35-year-old has spent over a decade at Naturena after arriving in 2011 from Dutch-​side FC Twente, and after winning several trophies with Chiefs on the domestic front, he now has the continent's biggest club football title in his sights.

“Won much, I think I’ve won every trophy I would say. I’ve represented a country [Bafana in] over 70 caps. It’s been a wonderful career.

“And what a way to also be blessed with as well being part of the Kaizer Chiefs team that’s going into the semifinal of the Caf Champions League.

“This is massive, this is huge, this is big, this is where we as a team can make history.

“And it will be lovely for me to be part of this history in my 10th year and draw my experiences and draw all my lessons learnt and draw all my positiveness I have had throughout my career, it was for me to lead the team, which I’ve always done, with a big heart, with a whole lot of courage and belief and share that belief among the guys, so that the guys can also have more belief in  themselves.

“And believe you me, with belief anything is possible with the squad that we have. So it’s just for us to focus, keep our focus narrow, for the next two weeks [over the two legs of this Champions League semifinal].

“But most importantly, take one game at a time. And going into this first leg semifinal, [it]  is for us to go in wholeheartedly with a clear mind and a fresh body. And everything else will follow in terms of our quality, the techniques and the dynamics. So it’s exciting times and happy times.”

Kaizer Chiefs aimed to tire out Lamontville Golden Arrows and then exploit the spaces that a confident and attacking opposition would leave behind ...
Sport
1 month ago

Kaizer Chiefs’ caretaker-coaches Arthur Zwane and Dillon Sheppard have made five changes in personnel and a few apparent positional tweaks too to the ...
Sport
1 month ago

Kaizer Chiefs attacker Bernard Parker has opened up and expressed a burning desire to stay on at Naturena beyond the expiry of his contract at the ...
Sport
1 month ago
Next Article