Veteran referee Tinyani has not blown his final whistle just yet 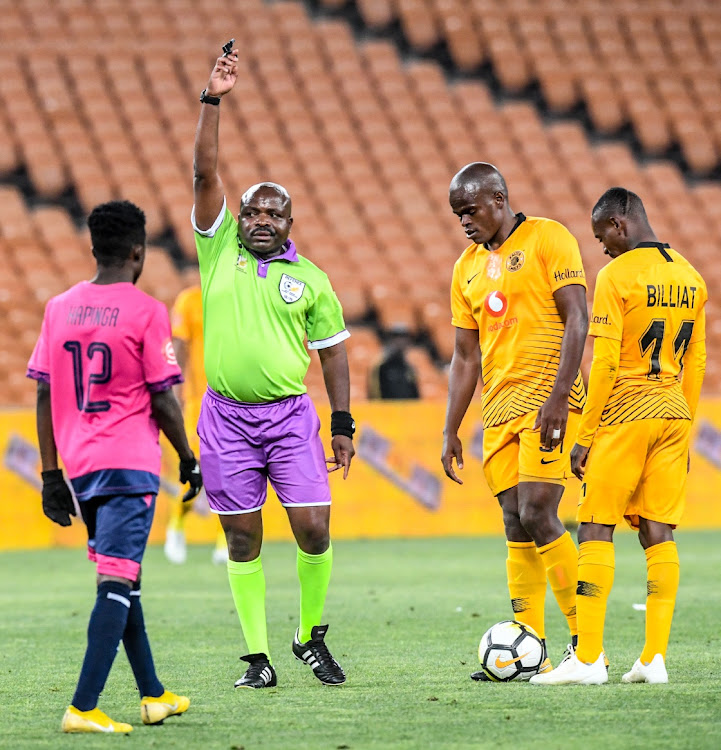 Veteran referee Phillip Tinyani could have one more season in the Premier Soccer League (PSL) before hanging up his whistle.

It was believed that Tinyani would retire now as he will be 47 years old in August, but Sowetan has learned that he could be given another season if he passes a fitness test before the new campaign starts.

The cut-off age for referees in SA is 47 and Tinyani will be that age when the new season begins in August.

Safa head of referees Abdul Ebrahim confirmed that Tinyani had not retired and that it was up to him to decide, but he was eligible to go for another season.

“Look, it is up to Tinyani to decide what he wants to do. At the moment, he has not told us anything,” Ebrahim said.

“With him turning 47 in August, and the season starting in that month, he can still officiate. But obviously, he will need to meet certain requirements and if he can pass that, then he will continue.

“But it is up to him to decide, as I said. He has been a good servant of the game.”

Safa CEO Tebogo Motlanthe could not be reached for comment as he was travelling but did mention in one of Limpopo’s community radio stations that Tinyani had indicated at the beginning of the season that he wanted to retire.

“We have started to bring in young referees and you could see even this season a couple of new faces and year in and year out we go to our regions and provinces and those who performed good, we reward them by promoting them,” Motlanthe said.

It seems the referee may have changed his mind as he confirmed to Sowetan yesterday that he had not retired.

“I’m not retiring. That I have retired is not true,” he said before he dropped his mobile phone.

The 46-year-old, who is also a policeman, began refereeing in the PSL in 2003/04 in a match between now-defunct Silver Stars and AmaZulu.

Safa explains why refs were not part of PSL awards

You can't rush us, says Motlanthe
Sport
7 months ago

Manqoba Mngqithi was not happy with the performance of the match officials during Mamelodi Sundowns' league game against Swallows FC at the weekend ...
Sport
7 months ago

Mamelodi Sundowns coach Manqoba Mngqithi hardly complains about the referee, but he could not restrain himself as he let his feelings be known about ...
Sport
7 months ago
Next Article