But Kenya midfielder says it is not in his hands 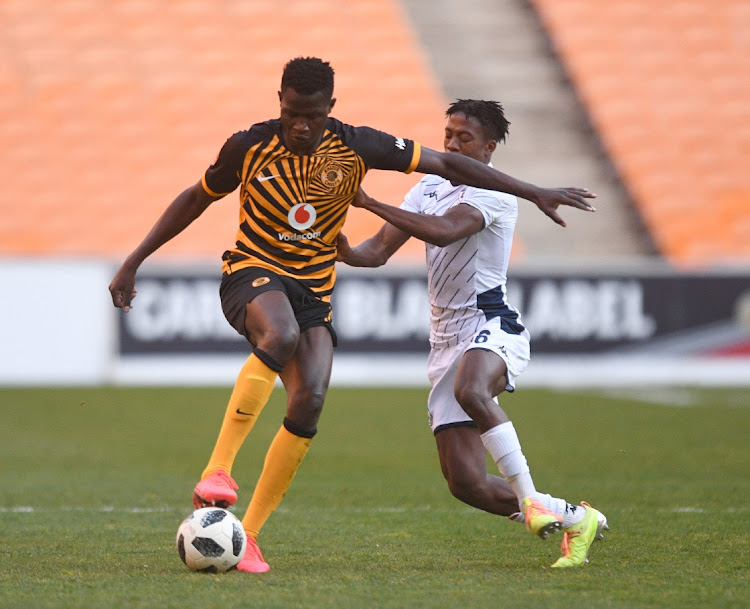 Kaizer Chiefs midfielder Akumu Agay has laid bare his desire to see out his three-and-a-half-year deal at Naturena amid talks that the club aim to overhaul the playing personnel ahead of the new season.

Akumu, who joined Chiefs from Zambian side Zesco United in January 2020, is reportedly among players Amakhosi are looking to ship out as they are embarking on a rebuilding phase that is set to start when their two-window transfer ban expires next month.

As much as he wishes for a prolonged spell at Chiefs, the 28-year-old Akumu has revealed should the club decide to terminate his contract he would not sulk as he understands how football works.

“I’d really like to be here in the new season and beyond. I want to finish my contract here. But if the club decide otherwise, I will just accept it and look back to say I am grateful that I was part of this wonderful club,’’ the Kenyan told Sowetan.

“This is one of the biggest teams in Africa and to be part of it is amazing… it’s one thing that is a privilege, but you I understand how football works. So in case of the decision to let me go, I won’t take it badly at all.’’

Since his arrival at Chiefs, Agay has racked up 35 appearances and scored twice. Gavin Hunt, who was fired two games before the campaign was wrapped up, argued that Agay was not a midfielder and opted to use him as a centre-back.

Being played out of his preferred central defence position did not upset the bulky Kenyan. Agay believes he held his own in the middle of the park under Hunt, though he understands the team did not fare as it was expected, given their magnitude.

“I am a midfielder, a central midfielder, but I can also play as a central defender, I played there before I came to Chiefs. When a coach puts you in a different position to the one you’re used to, it means he’s seen something in you,’’ said Agay.

“I think I did my best… I helped the team where I was supposed to. I know our overall season didn’t go well because we wanted to finish in the top two but we ended up at number eight, which isn’t that bad because we’ll play in the MTN8.’’

Kaizer Chiefs have confirmed Stuart Baxter as their new head coach‚ the club announced on Wednesday.
Sport
11 months ago

Gavin Hunt has found a sympathiser in Mamelodi Sundowns co-coach Manqoba Mngqithi after his sacking by Kaizer Chiefs.
Sport
11 months ago
Next Article