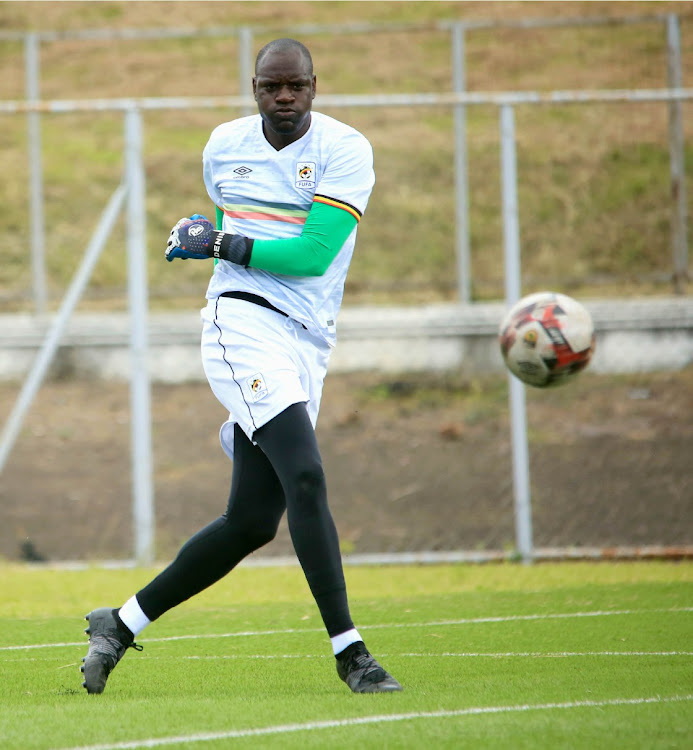 Sundowns and retired Uganda goalkeeper Denis Onyango is not convinced that SA can beat the cranes.
Image: Kimpho Loko/BackpagePix

The DStv Premiership goalkeeper of the season, Denis Onyango, would have loved to play for Uganda against Bafana Bafana at the Orlando Stadium in Soweto, tomorrow (6pm).

However, the Cranes will play their first match since one of their top players retired from international football.

After the Cranes' failure to qualify for the Africa Cup of Nations finals in Cameroon next year, the Mamelodi Sundowns goalkeeper decided that it was time to retire from international football after 13 years.

“I would have loved to be there to play, but unfortunately I have retired. I saw that Bafana have called [up] many youngsters and Uganda are trying to rebuild. I anticipate a good game between the two countries. I hope to be at the stadium. I want to be there and get the feel of supporting my country. My job is to encourage and support the team,” said Onyango.

The modest goalkeeper said a draw or a win against Bafana would do, as he does not see his country losing the friendly game.

“It is a battle between two new coaches. Bafana has a new coach and the same thing applies to Uganda. We have many young players and we hope that they will give us a good show. I am looking forward to the game and cannot wait to see my country in action,” he said.

Onyango is one of the most decorated foreign-based players in SA with eight Premiership titles. “It has been an incredible journey for me. I would like to take my tally to 10 league winners’ medals. That is the challenge that I have set for myself,” added Onyango.

Cranes coach Mubiru Abdallah has selected a youthful squad to play against Bafana as he is also rebuilding. The 23-member squad has two SA-based players, Ismael Watenga of Chippa United and Waiswa Moses Ndhondhi of SuperSport United.

Bafana assistant coaches Helman Mkhalele and Cedomir Janevsk will take charge of the game as Hugo Broos is away in his home country Belgium.

Bafana Bafana were dealt a huge blow before their international friendly match against Uganda in Soweto on Thursday after the talismanic Percy Tau ...
Sport
11 months ago

Bafana Bafana first assistant coach Čedomir Janevski has warned that Uganda are a dangerous counter attacking team that can also hurt their opponents ...
Sport
11 months ago