Onyango thanks rival keepers for pushing him to excel 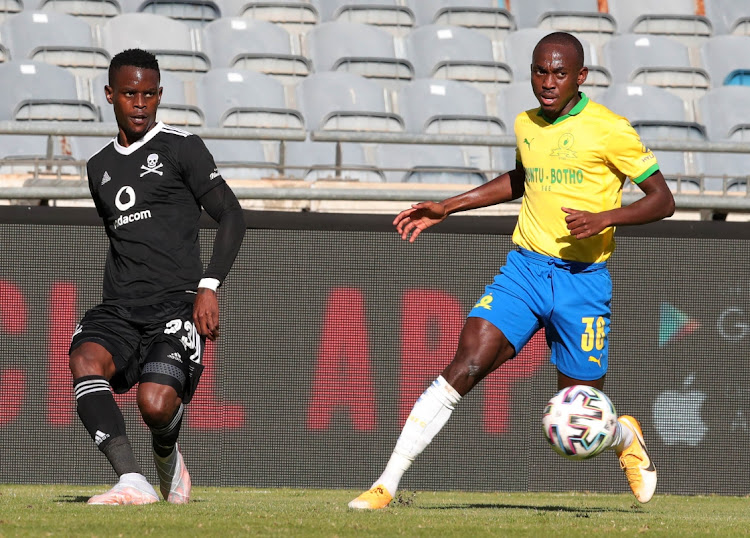 Mamelodi Sundowns striker Peter Shalulile has dedicated his two Premier Soccer League (PSL) awards to his coaches and teammates after they helped him to settle in quickly at the star-studded team.

Shalulile, who joined Sundowns from Highlands Park at the beginning of the season, didn’t take long to adjust to new conditions as he hit the ground running immediately.

He played a huge role in Masandawana winning their fourth DStv Premiership title in a row. And the Namibian international deservedly walked away with the footballer and player’s player of the season awards during the PSL awards ceremony on Sunday.

“It’s an honour [to win the awards]. I would like to give glory to God, my teammates and the technical team,” Shalulile told the club's media department.

“It was not an easy season for everyone. Fortunately, we worked our hearts out to win the league.

“And for the two awards, I’m happy that I was chosen by the players and the coaches. This means that we are all winners, it is not only about me, but I dedicate these awards to my teammates and the coaches and all the Sundowns family.”

The 27-year-old also finished as Sundowns' top goalscorer with 15 league goals, one behind SuperSport United striker Bradley Grobler, who won the Golden Boot.

Denis Onyango, who won the goalkeeper of the season award with 15 clean sheets in 25 matches, also refused to hog the glory.

The Ugandan said everyone at Sundowns should take credit for all the team and individual achievements.

“First of all, I would like to thank the PSL and, of course DStv, for rewarding me with the goalkeeper of the season award,” Onyango said.

“Congratulations to the nominees who were competing with me. You guys pushed me so hard and for me, you guys have done fantastic as well.”

Champions Mamelodi Sundowns ended their near invincible DStv Premiership campaign with a flourish by convincingly defeating Cape Town City 3-0 at ...
Sport
1 year ago

Mamelodi Sundowns have cleaned up at the DStv Premiership’s monthly awards again‚ with Peter Shalulile winning player of the month for May and June‚ ...
Sport
1 year ago
Next Article