Striker hopes to be on target against Chippa 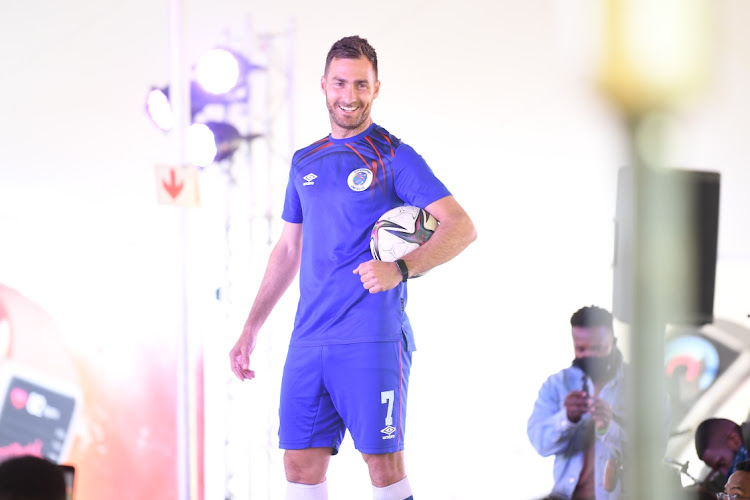 Bradley Grobler is disappointed that he could not reach his 20-goal target that he set at the beginning of the season.

But he has vowed to make sure he scores a couple of goals when SuperSport United visit Chippa United at Nelson Mandela Bay Stadium tomorrow in their final match and win the Golden Boot.

Grobler is the leading goalscorer in the DStv Premiership with 16 goals, ahead of Mamelodi Sundowns striker Peter Shalulile, who has 13 with one match to go.

“Let me not be hard on myself. I think 16 goals is not a bad return in domestic football,” Grobler told the media during the SuperSport and Huawei technologies partnership announcement in Johannesburg yesterday.

“I did set my target of 20 goals and after having 10 goals in 10 games, that target looked achievable. And then I had a slight injury halfway through the season. I missed six or seven games.

“That’s dampening a little bit for me, but at the same time, there is one game to go and I will try to score as many goals as I can and help the team.

“Overall, I want to be satisfied but at the back of my mind I still got that 20 goals mark in my head and maybe this is a motivation to push harder next season and try and achieve that.”

The 33-year-old striker is not taking anything for granted in the last game. He feels Shaulile, who scored a brace when Sundowns beat Bloemfontein Celtic on Wednesday, could still overtake him or tie with him. He plans to score against Chippa to be safe.

All the players and the technical team received a brand new Huawei smartwatch that will help them monitor their heart rate during their workouts.

Mamelodi Sundowns have cleaned up at the DStv Premiership’s monthly awards again‚ with Peter Shalulile winning player of the month for May and June‚ ...
Sport
11 months ago
Next Article