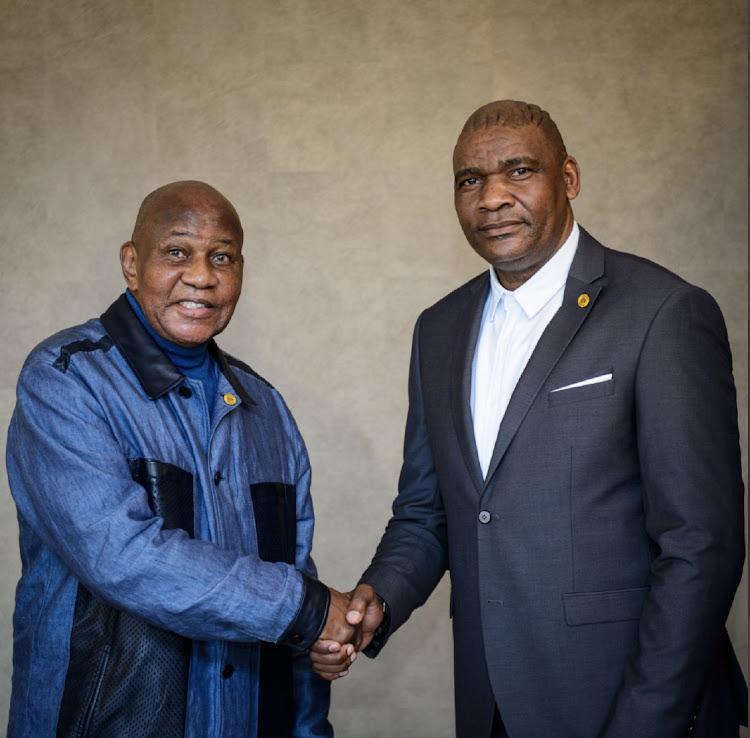 Kaizer Motaung welcomes Molefi Ntseki to Kaizer Chiefs, where he will be head of the academy.
Image: Kaizer Chiefs/Twitter

A few days after sacking coach Gavin Hunt, Kaizer Chiefs yesterday confirmed Molefi Ntseki as the club's new head of development amid expectations that the former Bafana Bafana coach will assist Stuart Baxter when he takes over as head coach sometime this week.

Baxter is expected to replace Hunt, who had led the club to a historic CAF Champions League semifinal but had a dismal record in the DStv Premiership.

“Molefi comes at the right time as we implement changes that we believe are necessary for the club as we go into the future. We strongly believe that we have appointed the right person for the position as he is someone who has really worked at all stages of football, from school level, youth structures and all our national teams,” Chiefs owner Kaizer Motaung said in a statement yesterday.

Ntseki should be an observer when Chiefs take on Golden Arrows tomorrow evening in their penultimate league match of the season as they begin life without Hunt.

Having served as Hunt’s assistants, Arthur Zwane and Dillon Sheppard will steer the ship tomorrow and on  Saturday when they face TS Galaxy.

Meanwhile, Chiefs midfield strongman Willard Katsande pleaded with the club's fans to tone down their criticism of the Soweto side in the midst of the horror domestic season.

“We need everyone to look at this team in a positive way. We need each and every one of you [the fans] to support the team. Let’s not criticise the team, let’s support the team,’’ Katsande told Chiefs’ media department yesterday.

“The season was very bad, to be honest. We should have done better. We should have used the continuity from last season, where he had good run in the league, to build momentum for this season. It’s not a good position to be in when you’re a Kaizer Chiefs player who’s representing the brand.’’

Tomorrow's fixtures (all at 5pm)

Kaizer Chiefs senior player Willard Katsande has admitted that the team did not always pull in the same direction as Amakhosi pick up the pieces and ...
Sport
1 year ago