Da Gama impressed with his boys after victory over Pirates 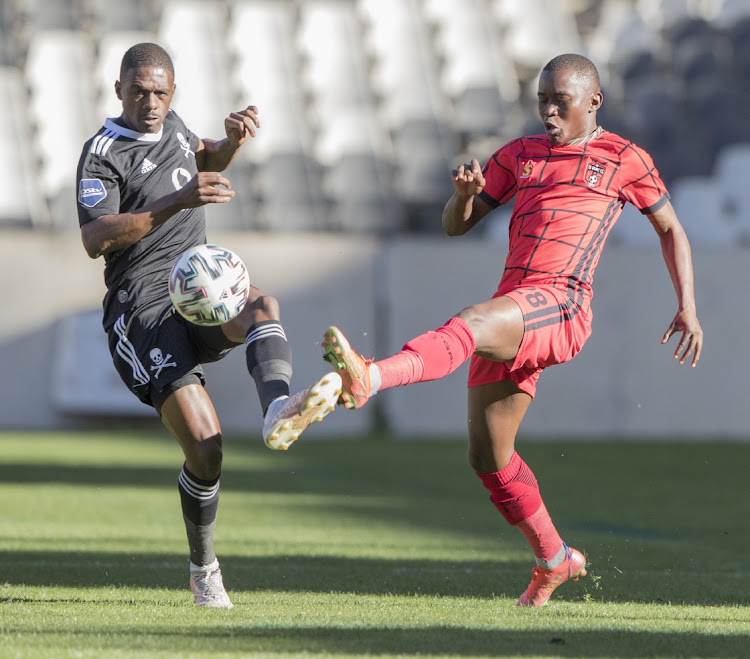 Owen da Gama has urged his TS Galaxy players to seize their opportunity and secure a top-eight spot in their remaining two matches against Stellenbosch and Kaizer Chiefs.

Galaxy moved into the top eight in the DStv Premiership log table after their hard-fought 1-0  victory over Orlando Pirates at Mbombela Stadium on Sunday.

Victories in the remaining two matches will be enough to see the Rockets finish in the top eight and Da Gama said they would do their best to achieve that.

“We are happy with a win against Pirates and Marlon Heugh getting the man of the match award. I think there were two or three players who were worthy of the award, but I’m happy for him,” Da Gama told the club's media department after the match.

“We’ve worked very hard and this is a work in progress. But for me the most pleasing thing is to see the young boys coming through, [Ethan] Brooks, [Masilake] Phohlongo.

“Phohlongo made his debut against Pirates [in the first round]. He scored and he is on target again now. I’m really happy for the youngsters and also other players that have worked so hard.”

In their debut season in the league, Galaxy managed to collect four points from the Buccaneers but Da Gama insists they are not getting carried away.

“We will keep on working hard and keep on pushing as much as we can. We are glad that the chairman Tim Sukazi has shown a lot of support and a lot of faith in us,” he said.

“We will keep on working as hard as we can. As I said, this is a work in progress. There is still a long way to go.

“And when you win games like this, it is a good sign for the team. It helps us and it shows us that we are on the right track. But we still have a long way to go.”

The Rockets will travel to Cape Town to face Stellenbosch at Danie Craven Stadium tomorrow before hosting Chiefs in their final match at Mbombela on Saturday.

It is a case of survival of the fittest, with as many as six teams drawn into the relegation battle in the DStv Premiership.
Sport
1 year ago

Katsande calls for calm after Hunt's departure
Sport
1 year ago

Manqoba Mngqithi was not happy with the performance of the match officials during Mamelodi Sundowns' league game against Swallows FC at the weekend ...
Sport
1 year ago
Next Article