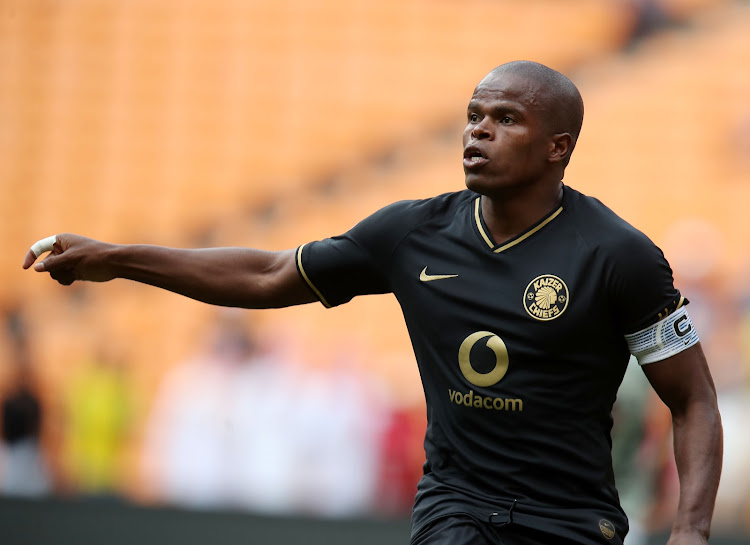 Willard Katsande is one of the longest serving members of the current Kaizer Chiefs team having joined in 2011 from Ajax Cape Twon.
Image: Muzi Ntombela/BackpagePix

Kaizer Chiefs senior player Willard Katsande has admitted that the team did not always pull in the same direction as Amakhosi pick up the pieces and begin life post the Gavin Hunt era.

Chiefs go into their penultimate match of what has been a sub-standard Premiership season against Lamontville Goldens Arrows at FNB Stadium on Wednesday at the back of a dreadful run of 10 league games in which they won just two matches.

They have lost matches against bottom clubs Black Leopards‚ Chippa United‚ Maritzburg United and Tshakuma FC‚ and drew against Stellenbosch.

Their only wins during that awful run came against arch rivals Orlando Pirates and champions Mamelodi Sundowns in March and April.

“Obviously we are going to play an important game against Arrows and we are coming back from a defeat [against Leopards].

“We want to apply our ourselves and redeem ourselves and our dignity‚” said Katsande‚ the 35-year-old Zimbabwean veteran midfielder who joined Chiefs in August 2011.

It was a terrible run of form that culminated in the termination of coach Hunt’s contract on Friday following a disheartening midweek 2-1 defeat against bottom club Leopards.

Chiefs‚ in 11th spot on the DStv Premiership log on 30 points with two matches remaining‚ go into the 5pm kickoff clash against a sharp Arrows team knowing that another failure to win will push them further into the deep hole they find themselves in.

“There is a lot still to play for so we just need to continue doing well and keep up the momentum going to the Caf Champions League semifinals [next month].”

Having topped the Premiership standings for much of last season and only to lose it in the final match under former German coach Ernst Middendorp‚ Chiefs were tottering under Hunt and the team became synonymous with disjointed performances that led to just six wins in 28 matches.

“We had a good run in the league [last season] and we got a spot to play in the Caf Champions League.

“So we should have continued to do that but unfortunately things did not go well and we are there to be blamed and everybody associated with the team.”

Chiefs became synonymous with unispiring performances under Hunt and Katsande has put it down to people pulling in different directions.

“We should have done better," said Katsande.

Despite their domestic struggles‚ Chiefs have punched above their weight in the Caf Champions League and face Moroccan giants Wydad Casablanca in the semifinals next month.