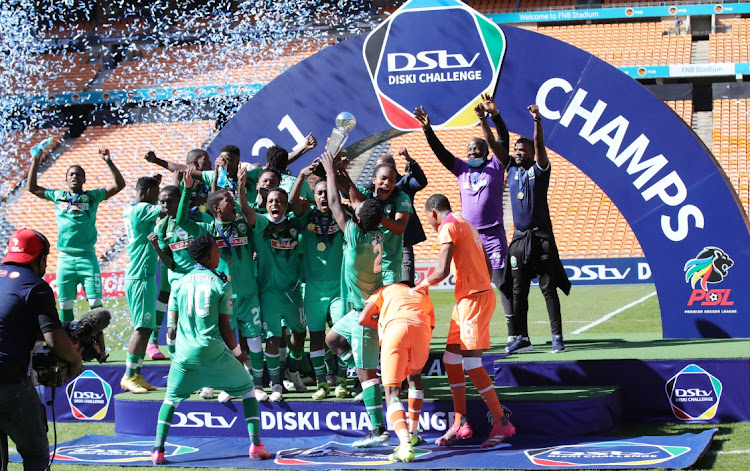 Man-of-the-match Msindisi Ndlovu made an assist for the unmarked Shange to open the scoring in the 28th minute. Mohlala Makola fouled Msindisi Ndlovu to concede the penalty in the second half.

Khumalo converted the second goal from the spot-kick with 20 minutes remaining.

“This one is for you, coach Benni. We did it for you," said victorious coach Vilakazi.“I am proud of the boys and we came here to win it, and we defended well," added Vilakazi.

Losing coach Surprise Moriri said it was not their day. “They defended well and made it difficult for us to score. Congratulations to AmaZulu," said Moriri. AmaZulu became the first team to go the whole campaign unbeaten after playing nine matches.

They went into the final as the underdogs against a team that scored 21 goals in the competition. But they did not give Moriri's team respect as they took the game to Sundowns.

The Sundowns senior team clinched the DStv Premiership title last Wednesday and it would have been a remarkable week if the reserve league team also went on to win the national junior title.

However, Usuthu had other ideas on their minds and they upset the apple cart by taking the title to KZN. Usuthu became the second team to win the reserve league title after their provincial rivals Golden Arrows. Their chairperson, Sandile Zungu, watched them lift the title and he had a broad smile on his face.

“They showed unbelievable discipline and went the entire campaign unbeaten. They are the epitome of what we are trying to build in the senior team. We will promote some of the players to the senior team," said Zungu.

Orlando Pirates' push for a second-place finish and a spot in next year’s Caf Champions League suffered a major blow after the stuttering Buccaneers ...
Sport
8 months ago

Benni McCarthy: ‘The efforts of Pirates and everybody else are going to go in vain’

AmaZulu coach Benni McCarthy believes three points from their two remaining matches in their remarkable DStv Premiership campaign will still be ...
Sport
8 months ago
Next Article