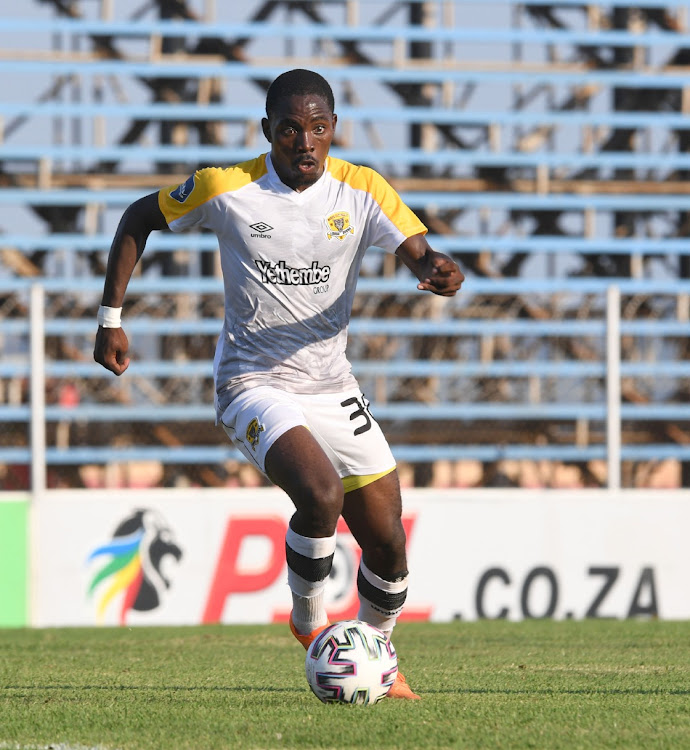 Those who think Black Leopards will be relegated will eat humble pie.

These valiant words come from Lidoda Duvha winger Tiklas Thutlwa, who became an instant hero after netting a brace in their crucial 2-1 win over Kaizer Chiefs at Thohoyandou Stadium on Wednesday.

The success over Amakhosi has breathed new life into Leopards’ bid to stave off relegation. Despite the win, the Venda side remain bottom of the log with two games left. However, Thutlwa is confident they won’t be relegated.

“We will disappoint people because they’ve already written us off. Those who think we will go to GladAfrica [the second tier] will eat humble pie at the end. The win against Chiefs is the turning point. We will win both our remaining games,” Thutlwa told Sowetan yesterday.

Leopards face Cape Town City away on Wednesday, before wrapping up their campaign against Bloemfontein Celtic at home three days later. To be safe, Leopards must win both their remaining games and hope Chippa United and Stellenbosch lose their last two games.

Thutlwa, from Phalaborwa in Limpopo, also attributed the team’s triumph over Chiefs to interim co-coaches Morgan Shivambu and Mongezi Bobe. The 22-year-old attacker, who had never scored in the 14 previous games he featured in across all tournaments this season before Wednesday, wishes Shivambu and Bobe were given the chance at the start of the campaign.

“Our coaches Shivambu and Bobe had a brilliant plan to beat Chiefs. They told us to be brave, play like lions and that worked. So the win is for them. The difference between them and other coaches we’ve had is that they are good communicators; they speak to us as players one-on-one. I wish they’d started the season with us,” Thutlwa said.

Shivambu and Bobe, who played for the Venda club in their prime, took over from Lehlohonolo Seema, who was fired two weeks ago because of poor results. Belgian Patrick Aussems and Dylan Kerr have also come and gone this season.

There was also Kosta Papic, who was appointed as a “technical manager” in February. The Serb lasted just two months.

Ex-Kaizer Chiefs star Pollen Ndlanya believes the club’s situation of being mathematically not clear of the relegation playoffs with two games to go ...
Sport
11 months ago

Kaizer Chiefs suffered yet another humiliation against DStv Premiership relegation battlers on Wednesday with their 2-1 defeat to Black Leopards‚ and ...
Sport
11 months ago
Next Article