How Downs romped to fourth title in a row 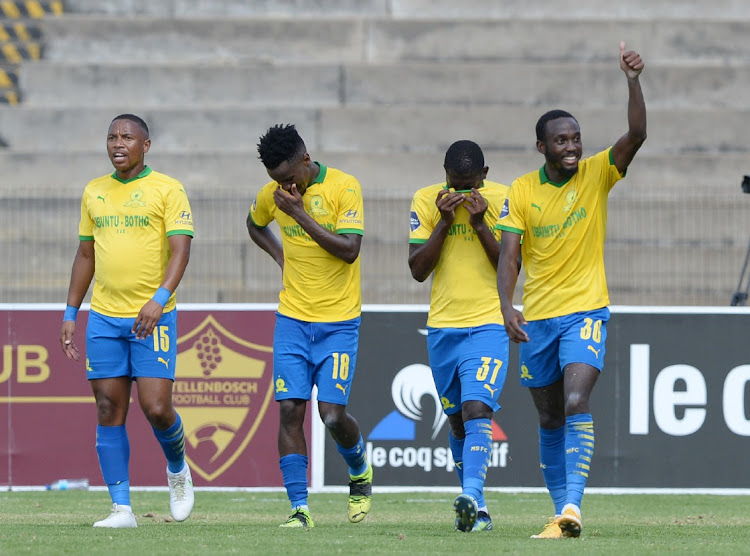 With Mamelodi Sundowns having continued with their dominance in the DStv Premiership after winning their fourth title in a row, we look at how they clinched the league this season with three games to spare.

They made a good start this season despite a couple of new additions and the three co-coaches, Manqoba Mngqithi, Rulani Mokwena and Steve Komphela, working together for the first time.

The defeat to Bloemfontein Celtic in the MTN8 competition in their first match in charge seemed to have spurred them on. They went on an unbeaten run of 20 matches from the start in the league.

That was a title-defining moment as they only lost once this season, the only team to have achieved that.

Only AmaZulu and Golden Arrows came close but they could not cope with the quality and the experience Sundowns have in their squad.

AmaZulu started slowly and only came to life when coach Benni McCarthy joined them in December. Maybe if he had started with them, they would have still be challenging.

Even though club captain Hlompho Kekana didn’t play much this season, having him around, along with other senior players like Ricardo Nascimento, Mosa Lebusa, Denis Onyango, Themba Zwane and Andile Jali, was vital.

These players were able to help other inexperienced players to manage games.

New players like Peter Shalulile, Kermit Erasmus and Lesedi Kapinga didn’t need much time to adjust at the club.

Shalulile and Erasmus hit the ground running at the beginning of the season as they were involved in the goals.

Shalulile is among the league's leading scorers with 11 goals and a number of those came at a crucial time of the match for the club. He scored a couple of winning goals with the last kick of the game.

When Komphela joined the club as a senior coach at the beginning of the season, many questioned that as they didn’t understand why he was brought in.

But it looks like every coach knew their roles. Mngqithi is the main man and has the final say, while Mokwena’s duties are centred more around analysing and profiling the opposition.

Komphela came with his brains and tactics, and is also a motivator. During the season they didn’t seem to be stepping on others' toes and this helped the club to succeed.

Manqoba Mngqithi was at a loss for words to express his emotions after Mamelodi Sundowns colleague Steve Komphela finally won his first major trophy ...
Sport
7 months ago