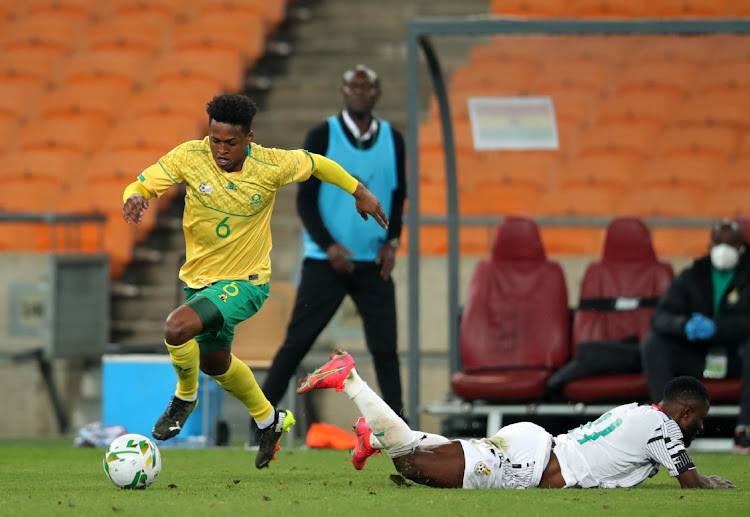 SA Under-23 national team coach David Notoane will gauge the readiness of his team ahead of the Olympic Games in a preparatory tournament in the United Arab Emirates (UAE) next month.

Notoane named a 25-member squad to play in the tournament in the Middle East from June 5 to 11.

Notoane's charges are in the company of hosts Japan, France and the 2012 Olympic gold medallists Mexico in Group A for the July Games in Tokyo. They open their Olympic campaign against Japan on July 22.

In Dubai, SA will play against reigning Olympic champions Brazil, South Korea and the 2008 champions Argentina.

Speaking through Safa media, Notoane said the camp would kick-start their preparations for the Olympics and integrate the foreign players into the team.

“The idea is to integrate the foreign-based players to see what they can bring into the group in terms of increasing the level of quality and addressing some of the challenging positions. It is an ideal tournament for us to prepare for the Olympic Games and we hope that we will be able to get all the players that we require for this camp,” said Notoane.

He stressed that the three games would give them a measure of how and what they need to fix before the opening game.

“We want to see the level of our players in terms of their readiness. We are looking forward to having a combined team that provides continuity and also provide some of the foreign-based players the opportunity to see what they can bring into the team,” said Notoane.

SA under-23 coach David Notoane has named a provisional squad of 25 experienced players for the Tokyo Olympic Games preparation matches and included ...
Sport
7 months ago

Hugo Broos has said he was asked by the SA Football Association (Safa) if he might take charge of the South African Under-23 team participating at ...
Sport
8 months ago