JZ unmoved by calls for him to quit 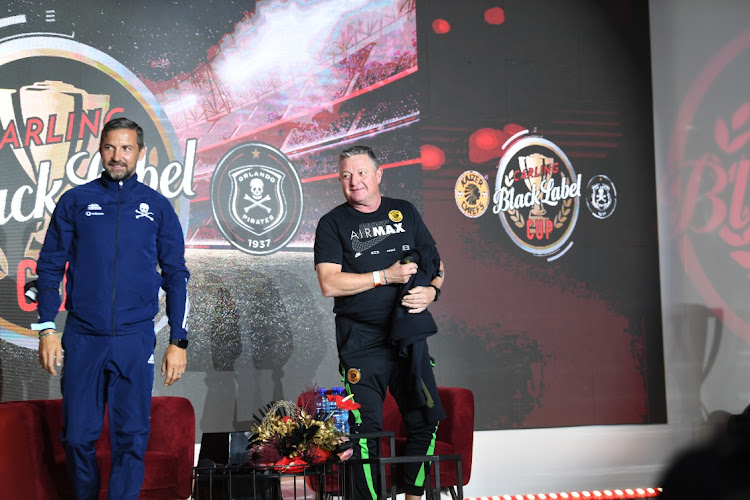 Beleaguered Orlando Pirates coach Josef Zinnbauer remains positive that he will stay at the club beyond this season despite increasing calls from the supporters for him to be fired.

The calls intensified after Sunday's 4-0 defeat to Moroccan side Raja Casablanca led to their exit from the CAF Confederation Cup.

But the German mentor was not concerned about that and said he understands the supporters' frustrations.

“Always around the world, you have some supporters who are upset after the defeats, and that’s normal. I can understand that,” Zinnbauer told the media during the Carling Black Label Cup launch in Sandton yesterday.

“But you have the supporters who give you the positives. Don’t forget we won the [MTN8] title this season. We qualified for the CAF Confederation Cup group stages, and we were in the quarterfinals.

“You can say all the negative points. People don’t see the other side of what we went through this season during the Covid-19 pandemic. How many games have we had just now and how many injured players did we have?”

He admitted that he made mistakes this season and hopes to improve should he remain as coach of the Buccaneers. “You have to learn from these mistakes what you did as a coach and as a team and go forward. It’s all good when we get success.”

Asked if he was aware of the planned protest by some supporters calling for him to be fired, Zinnbauer was unmoved. “It is not only in South Africa but it is also around the world. You look at England and Germany, it is happening. When you lose games, and the supporters get upset, it is normal.”

Pirates will hope to bounce back to winning ways when they host AmaZulu at Orlando Stadium at 5pm tomorrow. “They are a strong team at the moment and they have successful players there. They have points ahead of us and it will be a good game for us, and we are looking forward to it.”

The Carling Cup, a pre-season match involving Chiefs and Pirates, will take place on July 31 after it was canned last year.

Orlando Pirates coach Josef Zinnbauer says it remains possible for his team to secure a second-placed finish in the DStv Premiership‚ but said to do ...
Sport
1 year ago
Next Article