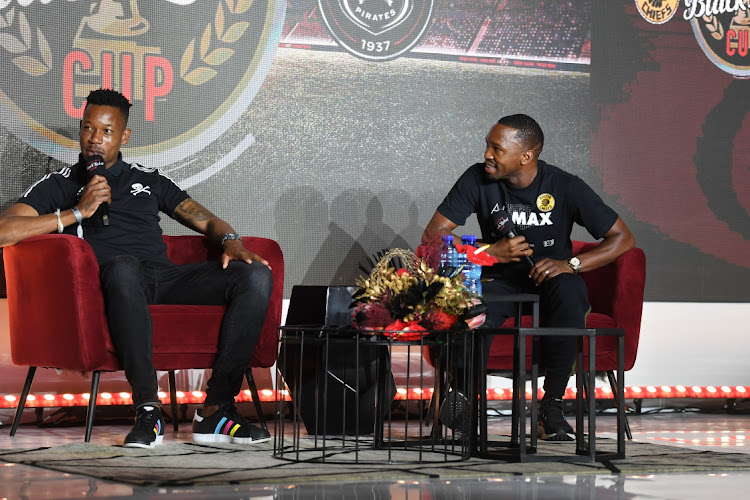 Orlando Pirates captain Happy Jele is of the view that had fans been allowed at the stadium, they would have performed better.

Many had thought Pirates would challenge Mamelodi Sundowns for the league title, given the quality signings such as Deon Hotto, Thabang Monare and Richard Ofori brought on board.

However, the Buccaneers failed to live up to the expectations, annexing only the MTN8 and slipping behind AmaZulu and Golden Arrows in the DStv Premiership standings. Jele feels the absence of fans at the stadium due to Covid-19 did them dirty in their attempts to go toe-to-toe with the Brazilians.

“It has been difficult. We needed the 12th man to motivate us every game,” Jele said during the Carling Black Label Cup launch in Sandton yesterday.

“It is strange when we get to the stadium and there are no fans. We hope the fans will come back."

Despite doing well in the CAF Champions League, they are struggling in the Premiership.

“It’s been difficult [without fans]. We feel it as players. We do miss the fans,” Parker said.

“They are the 12th man that pushes us, and it puts us on another level in terms of our performance. It has been difficult without them.

“But we are professionals, and we know what we need to do the job as we can. It has affected the way we play.”

Meanwhile, the Carling Black Label Cup will be back on July 31 at 8pm without spectators, with Pirates taking on Chiefs in the pre-season friendly where line-ups are selected exclusively by fans.

Kaizer Chiefs attacker Bernard Parker has opened up and expressed a burning desire to stay on at Naturena beyond the expiry of his contract at the ...
Sport
3 months ago

JZ unmoved by calls for him to quit

Orlando Pirates coach Josef Zinnbauer says it remains possible for his team to secure a second-placed finish in the DStv Premiership‚ but said to do ...
Sport
3 months ago
Next Article