It's wait and see for Sekhukhune after win over JDR 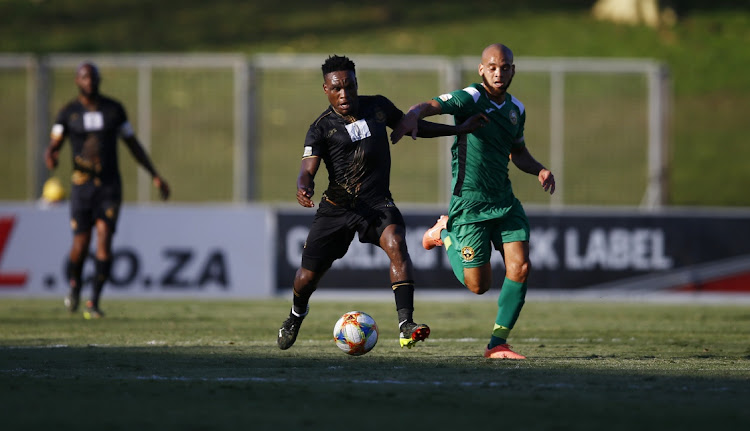 Samuel Manganyi’s stoppage time penalty to make it 1-1 against Cape Town All Stars at Chatsworth Stadium, gave Royal AM what could be a ticket to the Premiership.

Yesterday's draw meant Royal maintain their top spot ahead of Sekhukhune United, whose 3-1 win over JDR Stars in a synchronised match at Soshanguve Giant Stadium looked to have won them automatic promotion until Royal’s late equaliser. Waseem Isaacs scored All Stars’ goal.

Royal celebrated widely after the match despite not being awarded the trophy. Last week, the PSL disciplinary committee (DC) awarded Sekhukhune three points after Polokwane City were found guilty of contravening the National Soccer League (NSL) rules by failing to include five under-23 players on their team sheet for the match against them in January.

However, on Friday the league released a statement implying that they may overturn the ruling by their own DC to award Sekhukhune the three points. One of the key lines in their statement said “the PSL is in the process of considering several options and has been in communication with all member clubs in this regard”.

Yesterday, the league reasoned that they could not hand over the trophy because they had been  “threatened and served with court papers in relation to an arbitration award handed down impacting the GladAfrica Championship table”.

Elsewhere, Richards Bay humiliated Steenberg 4-0 at home to earn a spot in the play-offs. The win inspired the Natal Rich Boyz to finish the season in third place, thanks to a better goal difference than TS Sporting, who beat Pretoria Callies 2-0.

Defeat for Steenberg meant the Cape side are now officially relegated from the National First Division. Cape Town Spurs however survived relegation as they beat University of Pretoria 2-1.

There was drama on the theatrical final day of the lower tier season when Royal AM earned the point they needed to clinch automatic promotion on ...
Sport
6 months ago

It is unclear just which club out of Sekhukhune United and Royal AM will be presented a trophy for winning the GladAfrica Championship, or whether ...
Sport
6 months ago