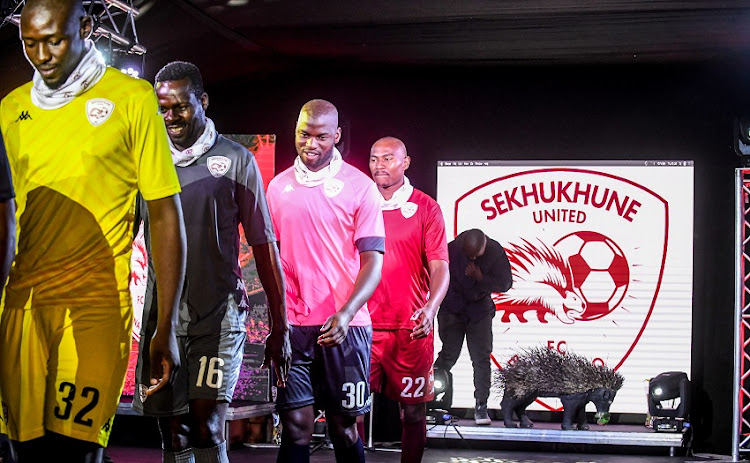 It is unclear just which club out of Sekhukhune United and Royal AM will be presented a trophy for winning the GladAfrica Championship, or whether either team will be, at the end of Sunday’s final round of matches.

Indications are that the Premier Soccer League (PSL) may opt not to present the trophy, after the arbitration decision that saw Sekhukhune awarded three points to go from 47 points to the top of the log, level on 50 with Royal, but with a superior goal difference.

The PSL is yet to update its GladAfrica (National First Division, or NFD) log on its official website, which still has Royal at 50 points and Sekhukhune at 47.

And with no spokesperson available from the PSL to clarify the issue on whether a trophy will be presented, and acting CEO Mato Madlala not answering her cellphone, the issue is uncertain.

Karabo Tshabuse, the lead attorney for Sekhukhune on the arbitration case at the SA Football Association (Safa), said she could not comment on the PSL not having its NFD log updated, or speculate on the implications this might have for the final day’s play on Sunday.

“I can’t comment on this matter because the [arbitration] award stands.” Tshabuse said on Saturday.

“And it stands until it is set aside by a court of law. So there is no reason for us to give comment or speculate on behalf of my client with regards to what the league is doing, because it would be speculative.

“In terms of the issues of the communications sent out by the league, they [the PSL] are considering their legal options. But in terms of the law the award stands until it’s set aside accordingly, and so there’s no need for us to give further comment on this matter.”

Tshabuse said Sekhukhune have made it a position to not comment on the arbitration outcome and its ramifications at this point.

SowetanLIVE sister publication TimesLIVE has been informed that the PSL not updating the NFD log was not an oversight.

Unusually, the PSL executive committee met on Thursday to discuss Wednesday’s arbitration ruling. The league then sent out a press release on Friday evening criticising the arbitration outcome.

Durban side Royal AM were sitting pretty with a three-point gap‚ needing a point at home to Cape Town All Stars at Chatsworth Stadium on Sunday to clinch the NFD and promotion to the Premiership.

On Wednesday an arbitrator ruled in favour of Sekhukhune in a dispute involving Polokwane City‚ awarding the Tembisa team three points. This will bump Sekhukhune up to the lead of the NFD‚ level on 50 points with Royal but with a superior goal difference.

The matter stems from a 1-0 defeat Sekhukhune suffered against Polokwane in January. The Tembisa club protested that City had not fielded five under-23 players‚ as per NFD rules.

PSL acting CEO Madlala could not be reached for comment on Saturday regarding the reasons for the NFD log not having been updated, or what the league’s position will be on awarding a trophy on Sunday.

The National Soccer League's (NSL) executive committee (exco) that met on Thursday discussed the potential ramifications and implications of an ...
Sport
1 year ago

Lower tier Sekhukhune United have received a massive boost in their bid for promotion to the topflight after an arbitrator ruled in their favour in ...
Sport
1 year ago

Barely three days after celebrating wildly, thinking they had one foot in the Premiership, Royal AM may have to put the champagne on ice as ...
Sport
1 year ago
Next Article