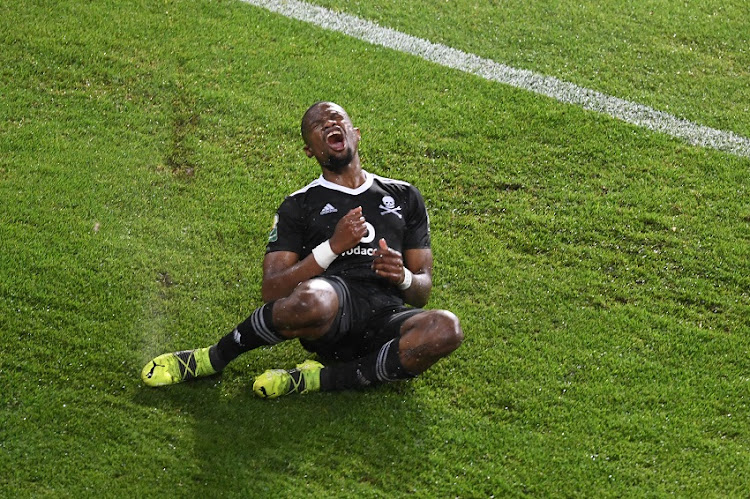 Going into this second leg fixture, Pirates have all to do after allowing Raja to come back and force a 1-all draw at Orlando Stadium last Sunday. Raja’s away goal means, in order to advance to the semifinals, the Sea Robber must win without conceding or score more than one goal if it's a draw.

“Magents” as Motale is popularly known, is of the view that simplicity may be the solution for Pirates to overturn the deficit. The member of the Pirates team that won the 1995 Champions League implored Zinnbauer to “go for a kill” and play 4-4-2 with Mabasa and Mhango the outlets in attack.

“Sometimes we complicate football with more tactics. I think on Sunday Pirates must stick to the basics… play with confidence. The coach must go for a kill, meaning he must start both Mabasa and Mhango and play the old 4-4-2 formation," Motale told Sowetan yesterday.

“The 4-4-2 formation makes things easier because it’s not complicated, everyone knows his role. [Vincent] Pule and [Deon] Hotto can still play on the sides and we have two midfielders… one offensive and one defensive. There’s no need to defend on Sunday because we need goals.’’

Motale emphasised that Pirates are still very much within a chance to progress to the last four of the Confed Cup. “In football, you must know that giving up isn’t an option. Believing gives confidence and you can’t just write us [referring to Pirates] off like that,’’ note Motale.

The Buccaneers have been blowing hot and cold this season under Zinnbauer. Motale feels the inconsistency is caused by the constant reshuffling of the starting line-up.

“Our coach likes to change players for no reason. At Pirates we grew up knowing that you can’t fix it when it is not broken, but today we see players coming in and out of the team while they’re doing well. I feel that’s where we are getting hurt,’’ Magents stated.