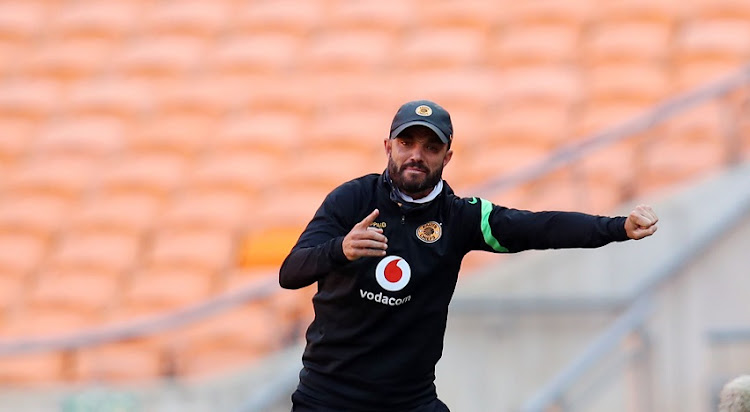 Kaizer Chiefs assistant-coach Dillon Sheppard says the struggles of the club in the 2020-21 season have taken their toll on head coach Gavin Hunt.

Hunt – used to success at all the clubs he has been at‚ where he was wracked up four league titles and plenty of cup trophies – has enjoyed a torrid season domestically in his first season at a big three club as Chiefs wallow in 11th place in the DStv Premiership with three games left.

The silver lining is the Caf Champions League where a club that previously had not reached the group stage are on the verge of a remarkable semifinal appearance‚ as they take a 4-0 lead into the second leg of Saturday’s quarterfinal against Simba SC in Tanzania.

Ex-Bafana Bafana international Sheppard – a player under Hunt at the start of his career at Seven Stars and then at the end again at Bidvest Wits‚ where he was also a development head – was asked if had seen a different side to Chiefs’ coach this season.

“So obviously when results haven’t been coming it’s been difficult for him. And also trying to find solutions‚ trying to find ways of playing to get the results.

“I think it’s been not just a tough season for him but for all of us‚ because there are high expectations at a team like Kaizer Chiefs. You’re expected to be amongst the top and challenging for trophies.

“So ja‚ it’s been tough‚ I think for everyone. Controlling your emotions I think has been the hard part.”

Sheppard was asked how he explained Chiefs’ contrasting fortunes domestically and in the Champions League.

“That’s a tough one. You know‚ we’ve struggled here at home. If you see our away form‚ we’ve been able to go away and score goals and win games‚” the ex-left midfielder and left-back said.

“You always look back and analyse games and wonder why the form has suffered and there’s been pressure in the league games. And I’m no too sure.

“But we’ve been able to go away and perform and score goals. But if you look at our Africa form at home we also haven’t conceded‚ so that’s been a really big plus for us.”