Atletico aim to fend off Real in La Liga finale

But will history repeat itself? 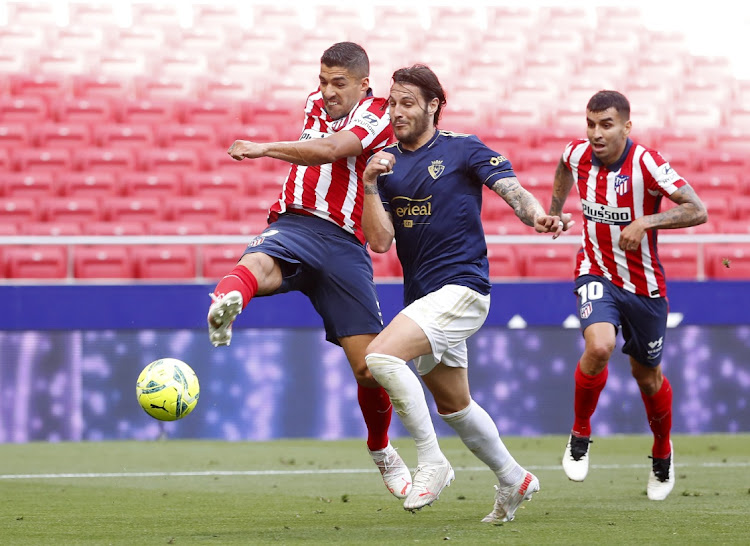 Madrid - Atletico Madrid began their La Liga title chase with a sprint before ceding ground and almost losing their balance but they head into the deciding weekend with the finish line in sight, trying to stay ahead of a valiant but exhausted Real Madrid.

After a nerve-shredding 2-1 win over Osasuna last Sunday, when Real were top of the table for 19 minutes, Atletico head to Real Valladolid tomorrow knowing a victory will ensure they lift their first league trophy in seven years.

But any slip up could be leapt upon by city rivals Real, who are two points behind and have a better head-to-head record than Atletico, meaning they will win the title if they beat Villarreal and their neighbours fail to win.

Atletico know the feeling of having a trophy swiped from their hands by Real all too well, after losing the 2014 Champions League final following a 93rd-minute Sergio Ramos equaliser and losing the 2016 final to their more illustrious neighbours on penalties.

History has looked like repeating itself on numerous occasions this season.

Powered by the goalscoring form of Luis Suarez, Atletico won 16 of their first 19 matches to take a 10 point lead over Real at the end of January with a game in hand.

But they began to wobble in February, when they conceded a last-minute equaliser to draw 2-2 at home to Celta Vigo before drawing and then losing to Levante.

Defeats by Sevilla and Athletic Bilbao in April allowed Barcelona and Real to trim Atletico's advantage to two points, while Sevilla briefly turned the contest into a four-way race.

Real and Barca then both squandered chances to go top and Atletico, with the help of two late penalty misses from opponents plus Suarez's late winner against Osasuna, have weathered the storm.

The Swiss special prosecutor whom a court recused for bias from an investigation of FIFA President Gianni Infantino's undocumented dealings with ...
Sport
1 year ago

Chelsea's hopes of a top-four finish and Champions League qualfication are still in their hands despite Liverpool's dramatic late winner from ...
Sport
1 year ago

A magnificent long-range strike from Youri Tielemans gave Leicester City their first FA Cup triumph with a 1-0 victory over Chelsea at Wembley on ...
Sport
1 year ago

The Premier League said on Thursday its clubs had unanimously agreed a proposal for a three-year renewal of the league's UK live and non-live ...
Sport
1 year ago
Next Article