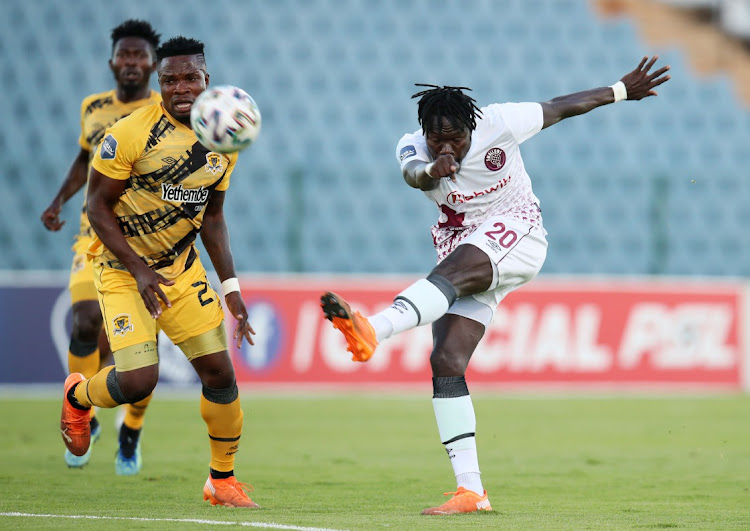 Allegations of chaos and the club's failure to replace the star trio of Mwape Musonda, Khuliso Mudau and Lesedi Kapinga could be the main factors contributing to Black Leopards staring relegation in the face.

The fact they had been relegated a few times before should have been a lesson to the club management, but it seems they didn’t learn from their previous mistakes.

Selling Musonda, who was their top goalscorer last season, Kapinga and Mudau, only to replace them with players like Ovidy Karuru and Sibusiso Khumalo, contributed to their struggles.

And King Ndlovu's rather unceremonious exit at a crucial stage of the season tells a story of poor decision-making by the club hierarchy.

Ndlovu has been training with Orlando Pirates for weeks now.

Last month, the club decided to suspend players Lifa Hlongwane, Tebogo Makobela and Onyedikachi Ononogbu until the end of the season, after the trio took part in the Thabiso Semenya Easter tournament a day after their 1-0 defeat by AmaZulu at home.

But in an increasingly desperate situation they recalled Makobela, who was on the bench against Chippa United on May 12.

Club general manager Tshifiwa "Chief" Thidiela was reluctant to talk about how they planned to survive automatic relegation.

“We will prepare normally, the way we have been in the past. What do you want me to say?” Thidiela told Sowetan yesterday before adding that he was not aware that Seema had left.

It is also understood that CEO Moudy Mudzielwana has left as he was no longer getting along with the club hierarchy.

With Seema out of the coaching post, Morgan Shivambu and Mongezi Bobe will be in charge of the three remaining  matches, starting against Chiefs on Wednesday.

Tough matches ahead for Leopards
Sport
1 year ago

Stakes are high as Bucs take on Leopards

Given how Orlando Pirates and Black Leopards are desperate for all three points today, both teams cannot afford a loss at Orlando Stadium at 5pm.
Sport
1 year ago

Black Leopards' 2-1 win against fellow relegation candidates Tshakhuma Tsha Madzivhandila at the weekend could be the trigger for a new twist in the ...
Sport
1 year ago
Next Article