Mngqithi: Al Ahly vs Sundowns ‘one of the matches of the century’ 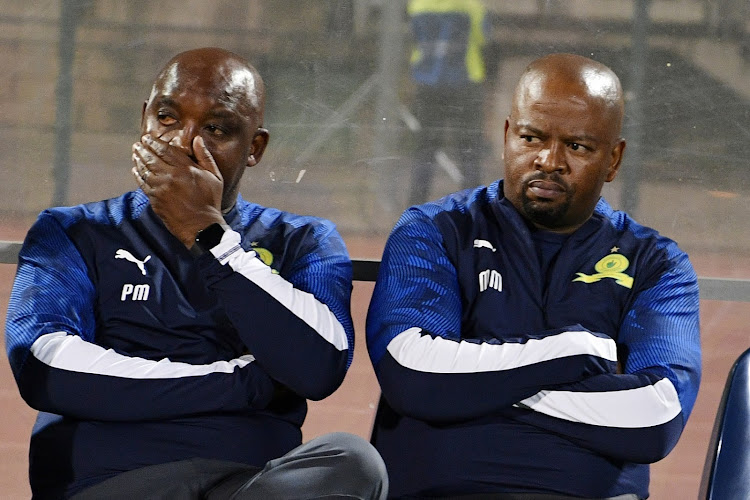 Then Mamelodi Sundowns head coach Pitso Mosimane (left) and assistant-coach Manqoba Mngqithi sit on the bench in a Caf Champions League match agsinst AS Otoho d'Oyo in August 2019. The two will face off when Al Ahly, now coached by Mosimane, and Sundowns, coached by Mngqithi, meet in the Champions League quarterfinals.
Image: Lefty Shivambu/Gallo Images

Influential Mamelodi Sundowns creative midfielder Themba Zwane faces a late fitness test to ascertain whether he will face Al Ahly in their first leg of the Caf Champions League quarterfinals in Cairo on Saturday night.

Brazilians coach Manqoba Mngqithi said on Friday that Zwane has travelled to the North African country and they are hopeful that he will be able to take his position in the midfield alongside the likes of Gaston Sirino (kickoff 9pm Egyptian and SA time).

“With regards to injuries to some of our key players, Themba Zwane is with us here in Egypt and we are hopeful that he will be able to play. At this stage we cannot say whether he is going to play or not because he still has to go through a late fitness test,” said Mngqithi, adding that Downs are in Egypt for a win.

“Our record away from home this year is 100% — we have not lost a match away from home — and we are coming with that mentality. We are not here for ball possession, we are here to try to win the match.

“Even if it’s a draw, it must be a draw with goals. We are here with the mentality to try to win the match and not for a draw.

With former Sundowns mentor Pitso Mosimane now coaching Al Ahly, all eyes across the African continent will be on these two heavyweights when they ...
Sport
1 year ago

“It is a team that we have struggled to beat here in Egypt throughout the years, we have never managed to get a result here because they have had an interesting number of good players over the years. We are playing against a very good team and we also know the options and capacity they have on the bench and we respect them a lot.”

Mngqithi acknowledged huge interest in the match on the continent because Sundowns will be playing for the first time against Pitso Mosimane, who achieved unrivalled success at the Pretoria club.

“The fact that coach Pitso was at Sundowns before, that was about seven to eight months ago. Structurally there have been a lot of differences — the players that we are using in some areas probably have not played in those areas before,” Mngqithi said.

“The only thing I can say is that we are playing against a coach that we all respect, who’s played a role in most of our careers but we also believe that this is an opportunity for the final examination.

“They are coached by a coach who I have worked with for the past six years, who knows our thinking as the technical team of Sundowns but we also know what he thinks as the coach of Al Ahly.

“That is what makes this match one of the matches of the century because we are all interested to see what is going to happen between Sundowns and Al Ahly.”

Rushine de Reuck has successfully acclimatised to the busy life at title-chasing Mamelodi Sundowns and his sights are firmly set on the DStv ...
Sport
1 year ago