Kaizer Chiefs’ new dawn under Gavin Hunt on the verge of disaster? 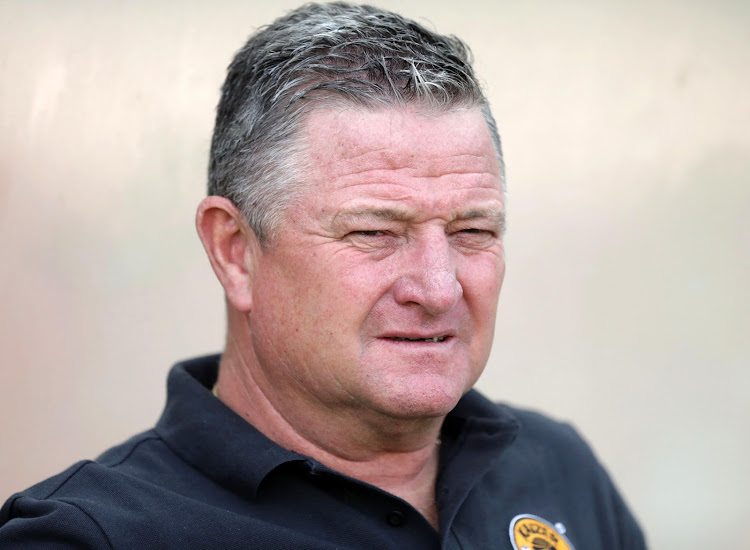 What started as the ushering in of the new dawn under coach Gavin Hunt is threatening to end in complete disaster for Kaizer Chiefs over the remaining weeks of the DStv Premiership campaign.

Amakhosi, who finished second to Mamelodi Sundowns last season, imploded spectacularly this season under Hunt and they face a realistic possibility of missing out on the top eight, or even finishing lower than their worst two positions of ninth.

Chiefs have embarrassingly managed only two wins from their last 15 league matches and five points separate them and second-from-bottom Tshakhuma Tsha Madzivhandila (TTM).

To save their season by qualifying for the MTN8 next season, Chiefs possibly have to win their remaining three matches against relegation-threatened Black Leopards, Golden Arrows and TS Galaxy.

There is everything to play for at this stage of the campaign and in the case of Chiefs’ last three opponents bottom-of-the-log Leopards are fighting for their lives, Arrows are eyeing third spot and Galaxy want to end their maiden season in the PSL in the top eight.

The problem for Chiefs is that they may not qualify for the top eight even if they get nine points from Leopards, Arrows and TS Galaxy if Baroka and Cape Town City get favourable results in their three remaining matches.

Amid this poor season where Amakhosi have only managed to win six out of their 27 matches, Hunt admitted it is his worst campaign in 27 years of coaching.

“Personally in terms of results this year has been my worst ever in 27 years. If you understand football there are a lot of things that we need to do but I can’t divulge that,” he said after Chiefs’ 1-1 draw against Swallows FC at FNB Stadium on Wednesday.

Hunt added he has not heard anything about former Bafana Bafana and Chiefs coach Stuart Baxter being lined up to replace him, as has been speculated and rumoured.

Supporters of Kaizer Chiefs marched to the club’s headquarters in Naturena on Friday to hand a memorandum to management expressing their ...
Sport
1 year ago

“I haven’t heard a thing [about a Baxter link]. I am not on social media, so I don’t know what’s going on.”

Asked to reflect on their point against Swallows, which was Chiefs’ 12th draw of the season, Hunt once again lamented poor defending.

“It was poor defending for the first goal and we missed a lot of opportunities. The final ball let us down.

“But I thought we were good, I thought there was good possession in good areas. But it is definitely three points lost.”

Pressed on what has contributed to the poor defence and how he plans to fix it, Hunt did not want to comment much on the matter.

“I know the reason but it’s a very difficult question to answer. But we will keep working every day and keep on believing and try to get it right,” he said.

Even though they have struggled in the league, Amakhosi have impressed in the Caf Champions League where they are up against Simba of Tanzania in the first-leg quarterfinal at FNB Stadium on Saturday evening (kickoff 6pm).

Kaizer Chiefs coach Gavin Hunt has promised nothing less than a well-prepared team who show maximum commitment when they meet Simba FC in the Soweto ...
Sport
1 year ago

The organisers of Friday’s Kaizer Chiefs supporters’ protest march to the Soweto giants’ headquarters at Naturena have promised a “legal and ...
Sport
1 year ago

Despite Kaizer Chiefs' poor form, defender Reeve Frosler has promised that they will be up for a challenge when they host Simba SC in the CAF ...
Sport
1 year ago
Next Article