Swallows record against big three source of pride for Truter

Defence a worry for coach despite taking more points off Chiefs 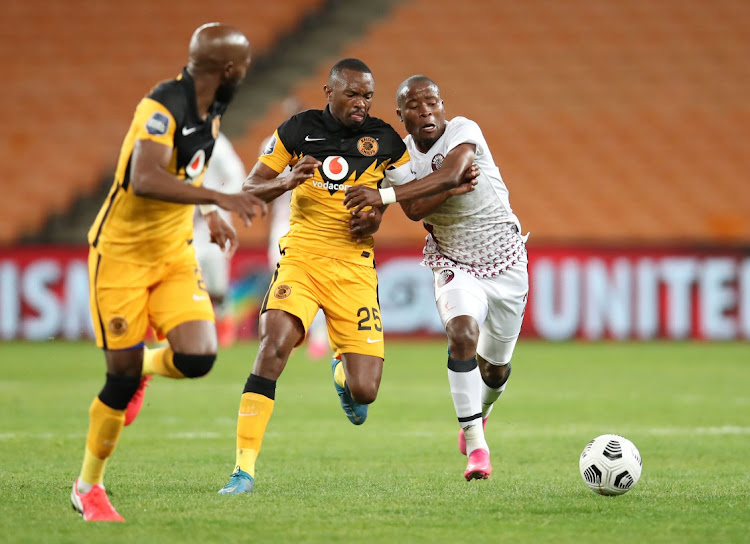 Bernard Parker of Kaizer Chiefs challenged by Thabo Matlaba of Swallows FC during the DStv Premiership 2020/21 match between Kaizer Chiefs and Swallows FC at FNB Stadium in Johannesburg on the 12 May 2021.
Image: Backpagepix

Despite having registered their 17th draw in the DStv Premiership, Swallows coach Brandon Truter is encouraged that he is yet to be beaten by the big three.

Swallows played to a 1-1 stalemate against Kaizer Chiefs at FNB Stadium in their last match on Wednesday.

They have collected four points from their Soweto rivals after beating them 1-0 at home in the first round.

Their only defeat was against TS Galaxy away, and Truter is pleased they managed to get points from Chiefs, Mamelodi Sundowns and Orlando Pirates.

“I don’t want to dwell on the fact that we have taken four points from Chiefs. There is still a bit of respect and they are still one of my favourite clubs I supported from a young age,” Truter told the media after the match.

“Yeah, it is four points off Chiefs, and we haven’t lost to any of the big ones. But coming into the premiership, these are the types of games you always want to be involved in. Taking four points out of them is good. Of course, you want to win your home games and try to get draws away, and that’s what we have done.

“But the fact that we took a lead, that left a bitter taste because we’ve given it away so many times now.”

With his side continuing to drop points from winning positions, Truter said they would strengthen their defence during the transfer window.

“We have scored first in 25 games and we let it slip, so defence is something we need to work on and improve,” he said.

“At this stage of the season you cannot bring any new additions so we have to [make] do with what we have. Maybe it is a lack of quality or lack of concentration at the moment where we always concede after scoring.

“We tried to fix it, we worked on it so now what we need to do is to try to reinforce, that’s what we are looking at.”

The protest march by some Kaizer Chiefs supporters to the Soweto giants’ headquarters has begun in Naturena.
Sport
1 year ago